With its brightly-coloured, star-shaped bracts, the poinsettia is one of the most recognisable symbols of Christmas in the world. We find it in supermarkets, garden centres and florists, as well as emblazoned on Christmas cards and wrapping paper. At once cheap and cheerful, celebrated and cherished, it’s perhaps not surprising that we have turned this showy little shrub into a favourite seasonal icon.

The poinsettia has come a long way from its Central American roots, where once it was used by the Aztecs to create purple dye and a treatment for fevers. The USA’s first ambassador to Mexico, Joel Robert Poinsett, first spotted the plant’s horticultural potential in 1828. From his plantation in South Carolina his newly discovered Mexican spurge found its way to legendary plant collector John Bartram, and thence into the hands of plantsman Robert Buist. Buist foresaw the poinsettia’s commercial potential, and was probably the first to have sold them under their correct latin name Euphorbia pulcherrima, meaning ‘the most beautiful euphorbia’. Poinsettias were initially sold as cut flowers rather than plants, which might surprise and inspire today’s florists. The Ecke family from Southern California were the first to offer them as pot plants, and they’re still the main producer of poinsettias in the USA today. 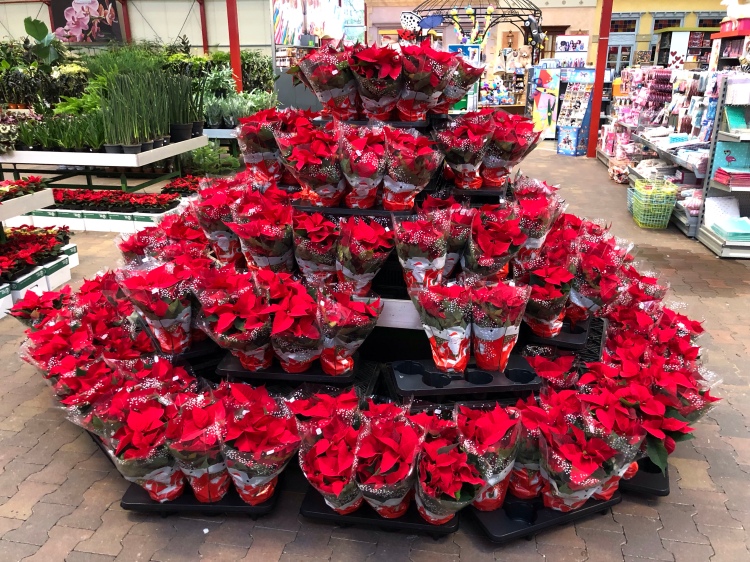 Poinsettias are grown and pedalled in their hundreds of millions every Christmas, destined to grace fireplaces, coffee tables and windowsills for a few brief days before being consigned to the dustbin. Few of us bother to keep them alive and fewer still know how to coax them into reflowering. Poinsettias will tolerate the heat in our homes, but any spell of cold prior to that could be enough to kill them. All that deflects from the terrible waste of energy and effort involved in nurturing a poinsettia is that it’s a living thing, and therefore not considered ‘rubbish’ in the same way as discarded wrapping paper or cracker gifts. Never mind that they are grown as a monoculture in heated greenhouses and sprayed with chemicals to keep them healthy and compact, before being transported long distances in climate-controlled vehicles. An environmentally friendly choice they are certainly not! The National Farmers’ Union recommends buying British to support UK growers and thereby reducing the distance plants have to travel to reach your home. 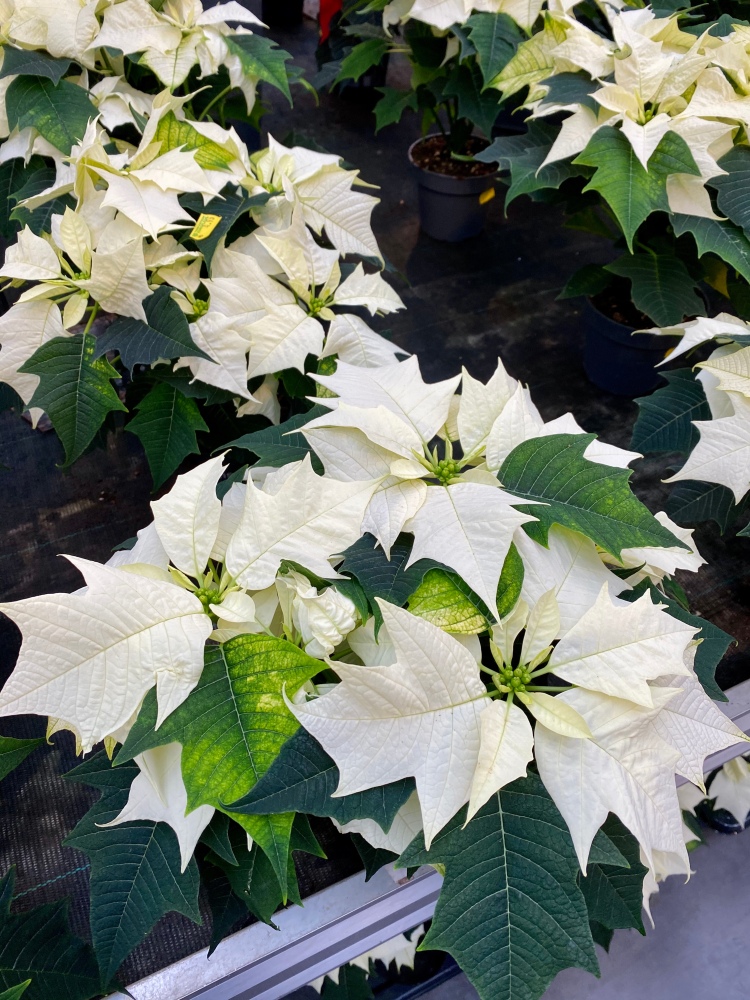 Here are a few more tips if you want to keep your poinsettia looking lush and lively for longer: 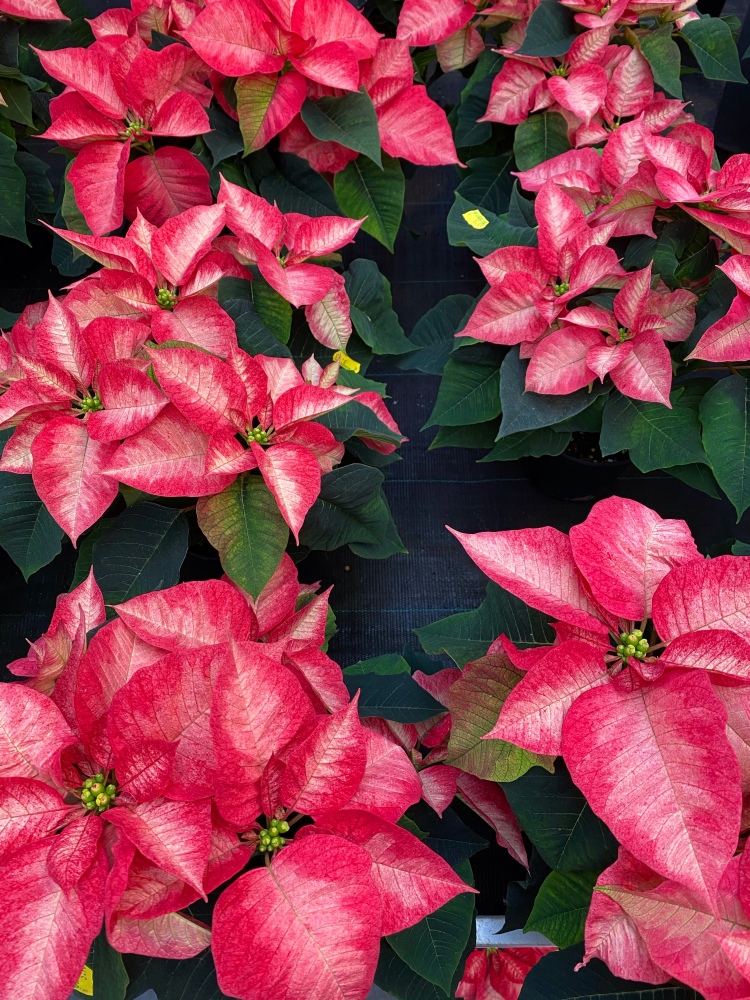 If at first you don’t succeed, don’t be too hard on yourself. The damage was probably done before you purchased your plant. 99% of purchasers only manage to keep their plant alive for a few weeks, after which they have served their purpose anyway. Should you be determined to join the 1% who rejoice in keeping a poinsettia from one year to the next, here’s the advice offered by the Royal Horticultural Society :

You may by now have decided that there are better things to do with your life, for which you’d be quickly forgiven. Reflowering a poinsettia is about as unrewarding as completing a tax return, even for the most enthusiastic environmentalist or green-fingered horticulturalist. Better to chuck it out and start again next year, or not bother at all. A poinsettia really is just for Christmas, not for life. TFG.

5 thoughts on “Getting to the Poinsettia”

While the cold October nights cause other dahlias to lose their saturation, ‘Christopher Taylor’ becomes richer and more intense by the day. Will it make my top five dahlias of 2022? You’ll find out very soon.
In contrast to yesterday, today is so dull and dreary that it’s hard to tell if it’s actually morning. I think I preferred yesterday.
Still with my 2022 wish list, this is Dahlia ‘Ryedale Prince’. I’ve been waiting for so long to share this beauty with you. Given it’s three months to the day since I commenced dahlia spamming, I thought it was time break out this regal gem.
Magical Misty Morning.
‘Bora Bora’ burning bright. This dahlia is right up there on my list for 2022, I am certain I don’t need to explain why ❤️‍🔥
My joyful pumpkin arrangements are holding up well, looking splendid in the hearth, especially when the sun catches them. (I think @jmkna would prefer a fire, but he’s not winning that battle 😆🔥)
Loading Comments...
%d bloggers like this: