Autumn has truly arrived when it’s time for the RHS London Harvest Festival show. This annual event comes at a busy time for me, falling just before I embark on my annual buying trip to India and China. But it’s a good opportunity to reconnect with my inner kitchen gardener and stock up on apples, garlic and chillies to fuel Him Indoors’ prolific chutney making. A short walk from my office, through the mansion block of Victoria, bathed in warm sunshine and with crisp London plane leaves crunching under foot, I am quickly at the Royal Horticultural Society’s magnificent Lindley Hall. 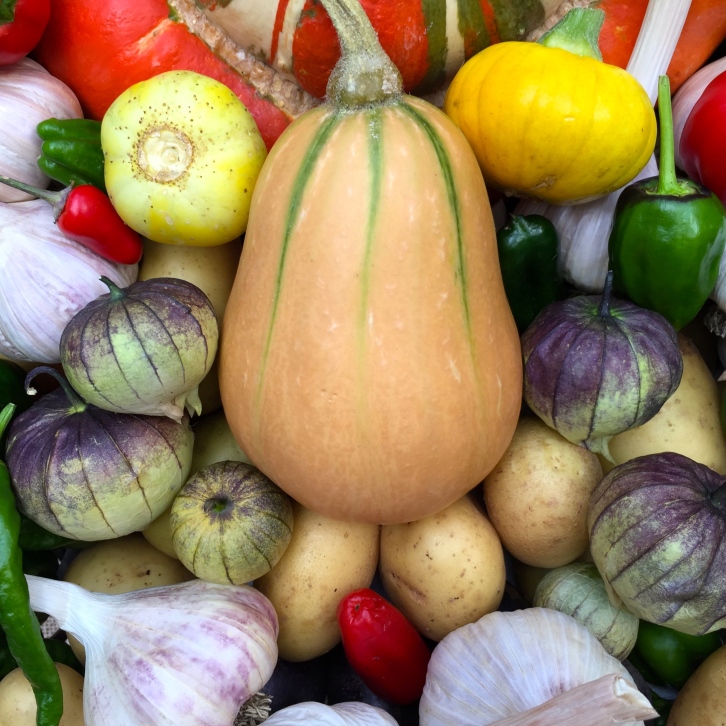 This basket of vegetables was awarded first prize

The fact that the Harvest Festival show is all about fruits and vegetables, rather plants and flowers, makes it one of my favourite events of the horticultural year. And as a regular visitor I am always on the look out for new exhibitors. I was fascinated to learn about the medicinal and herbal properties of birch sap from Lisette and Bernadette at Priestlands Birch. The sap of the humble silver birch has been used for centuries to detoxify the body and stimulate the metabolism. It can only be tapped for about 4 weeks a year, just as it rises through the tree in early spring, but before any leaves unfurl. Fresh water is drawn up through the roots, gathering stored nutrients as it goes. Hence the sap is packed with Potassium, Magnesium, Calcium, Vitamin C, Zinc, Phosphorus, Sodium, Iron, Manganese and Amino Acids.

Through the ages the crystal-clear liquid has been used to treat skin, kidney and rheumatic conditions and applied as a first-aid treatment for burns. It can also be drunk as a re-hydration tonic and administered as a hangover cure. Like milk, birch sap does not keep unless refrigerated, so the drink I tried was served from a bucket of ice, having been frozen since it was tapped. I was advised that a small cup would give me the midday boost I was craving. I can’t say it had a noticeable effect, but it was certainly very refreshing. 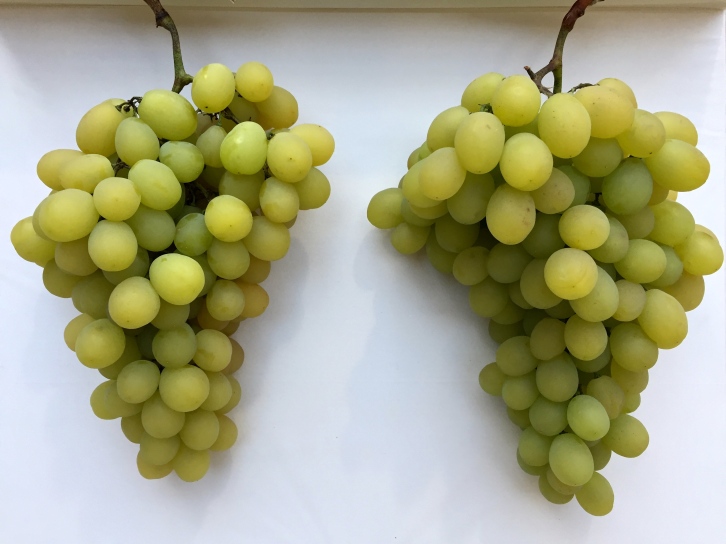 Long term followers of this blog will recall my delight in the eccentricities of this venerable show, including the annual duel between their Graces the Dukes of Devonshire and Marlborough for the honour of producing the finest grapes in the country. This year both Nobles were usurped by a Mr and Mrs Davidson from Alnwick, who swept the board with a section of stunning home-grown bunches. The quality of the Davidson’s ‘Madresfield Court’ black table grapes and ‘Muscat of Alexandria’ white grapes was head and shoulders above the competition, winning first prize in every category. 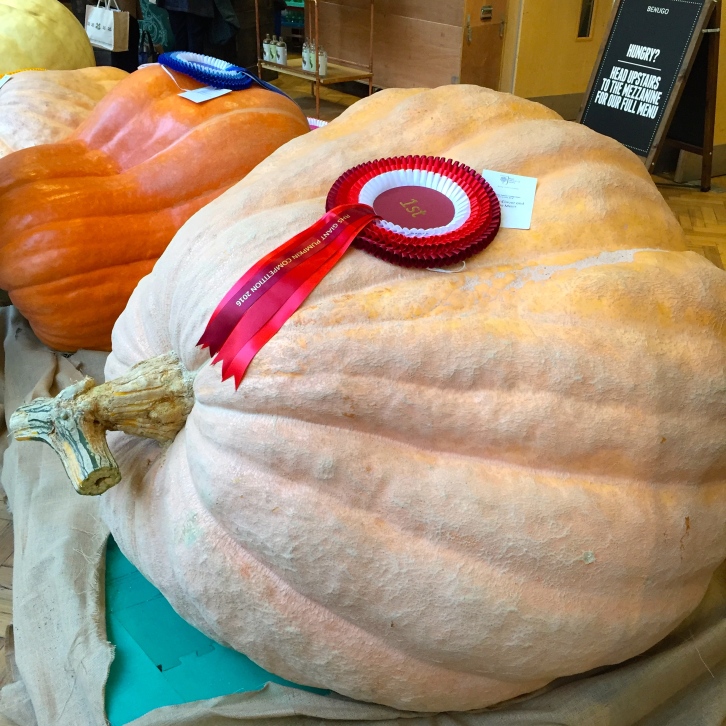 The other competition that can’t go unnoticed is that for the largest pumpkin. This year’s winner was grown by Ben Ben-Eliezer and weighted an incredible 566kg (1247lbs), equivalent to two Shetland ponies. The unattractively obese fruits entered into the ‘battle of the bulge’ took centre stage in the Lindley Hall and wore their prize rosettes with pride. 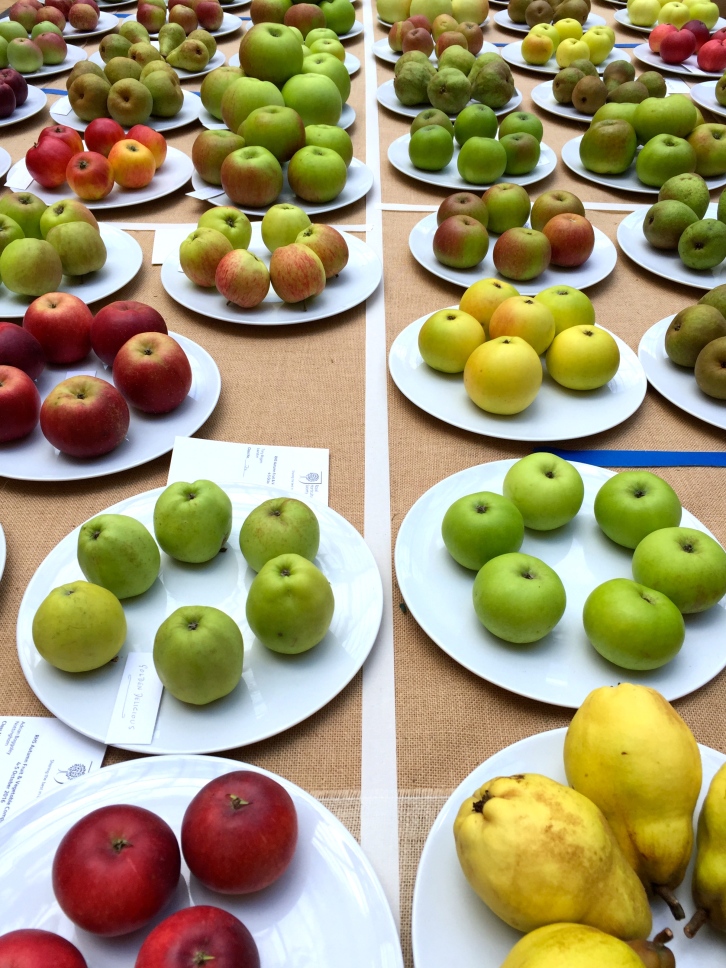 Row upon row of apples, pears and quince in the competition classes

Whilst on the subject of fruit I was keen to get some advice on which quince (Cydonia oblonga) to grow against the wall of our new house. Pennard Plants recommended three Russian varieties that are resistant to quince leaf blight, a disease I didn’t know existed and can now hopefully avoid. These included pineapple-flavoured ‘Aromatnaya’; ‘Miagkoplodnaja’, which can be eaten raw; self fertile ‘Konstantinopeler’; and another from Europe, ‘Serbian Gold’, aka ‘Lesschovach’. Pennard Plants offer bare root plants from November and potted plants at other times of the year. 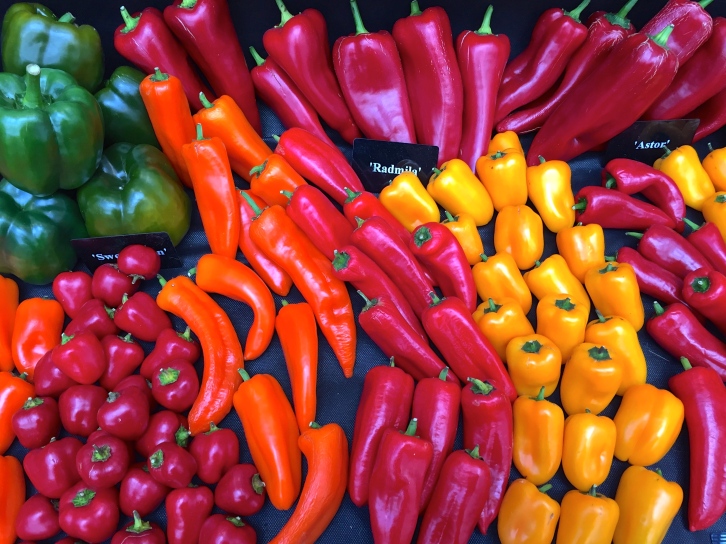 Among the most colourful exhibits were those staged by the RHS trials team with a dazzling array of sweet peppers (Capsicum annuum). The range of shapes and colours was mind-blowing, starting with inky-black ‘Midnight Dreams’, not-so-lilac ‘Lilac Belle’ and elongated ‘Violetta Lunga’; moving through brown (‘Mini Blocky Chocolate’) to more familiar reds, oranges, yellows and greens. The colour spectrum was echoed by Sea Spring Seeds, from whom I purchased a bag of chillies labelled ‘Russian Roulette’: I like to live dangerously! Here the variety and beauty of chillies (also Capsicum annuum) was illustrated with aplomb. A multi-coloured variety called ‘Fairy Lights’ grabbed my attention, as did ‘Tinkerbell’ with distinctive fruits the shape of a friar’s hat. These little chillies, stuffed with mincemeat and baked, would make perfect canapés. 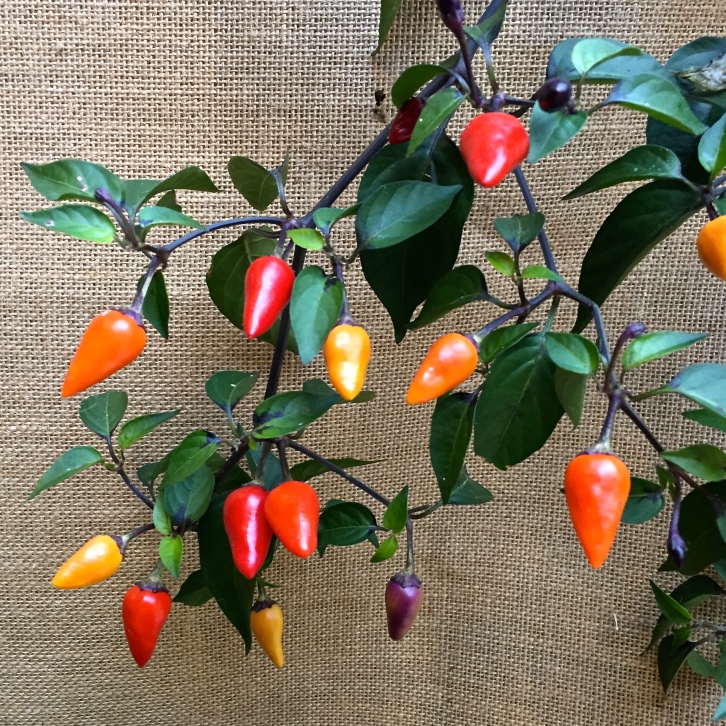 Nothing goes to waste at the Harvest Festival Show. When the doors close, all the fruit and vegetables go to an East London restaurant which uses up food that would otherwise go to landfill. The establishment’s chefs create top-notch dishes which are paid for on an ‘as you feel’ basis, ensuring everyone in the community can afford to dine together. 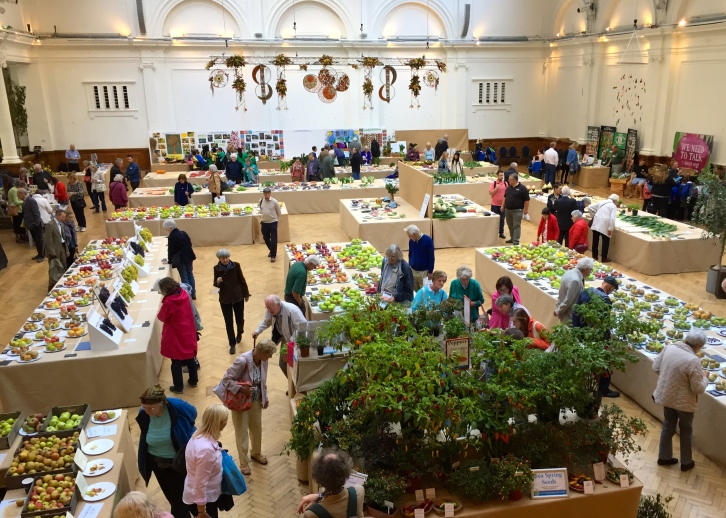 As Britain’s longest leeks are sliced and sautéd, its mightiest marrows stuffed and seasoned, and prize pears peeled and poached, it’s time for me to pack my bags and head east …… far east. 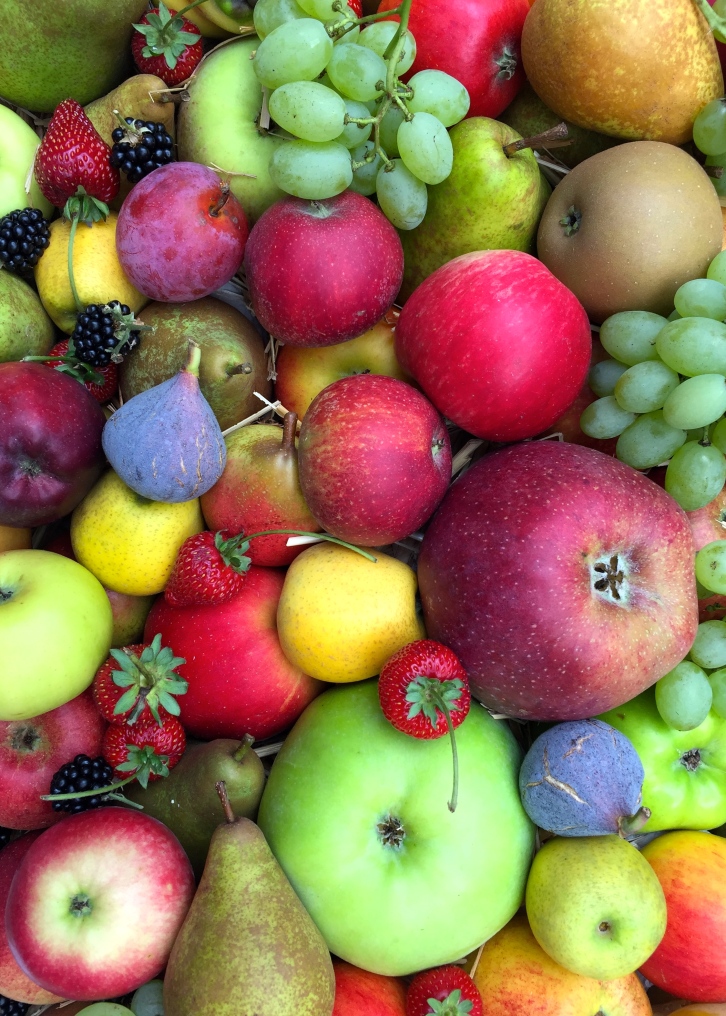 The first prize winning fruit basket at this year’s show