Like fry through the holes in a fisherman’s net, certain gardens I visit manage to escape being written about on my blog. It’s not that these gardens are too small, simply that the day’s catch is so large that I can’t get to them in a timely manner. The gardens at Walmer Castle are a case in point, an oversight I am determined to correct today.

Walmer Castle is one of the squat, utilitarian castles built by Henry VIII to protect England from invasion by the French and the Holy Roman Empire in the 16th Century. Their blocky forms line the south coast from Pendennis in Cornwall to Walmer, Deal and Sandown in Kent.

These fortresses were never really called upon for a major defence of the realm, although they were built to last.

Their low profile made them hard to attack from the sea but didn’t afford them good looks. From the air Walmer is considerably more attractive to look at, with a circular keep surrounded by a narrow courtyard. The fort is protected by a concentric outer wall from which four curved bastions project to form the shape of a clover leaf. Today the moat is dry, filled by an emerald hoop of lawn edged with exuberant shrubs.

Walmer Castle is distinguished from other Tudor forts by its role as the official residence of the Lord Warden of the Cinque Ports, a largely ceremonial role which has been bestowed upon the great and the good, including the Duke of Wellington, Lord Curzon, Winston Churchill and the late Queen Mother. Few Lord Wardens demonstrated any great enthusiasm for residing permanently at Walmer (the Queen Mother managed just 3 days each year in July); not surprising given the castle was built for defence not gracious living.

After the castle’s effectiveness as a military outpost had waned, successive Lord Wardens made attempts at gentrification, layers of which can still be admired thanks to the excellent efforts of English Heritage. The juxtaposition between monumentally thick walls, tiny windows and fine furnishings is quite startling. The men’s lavatory is still in a wooden structure directly overhanging the moat. 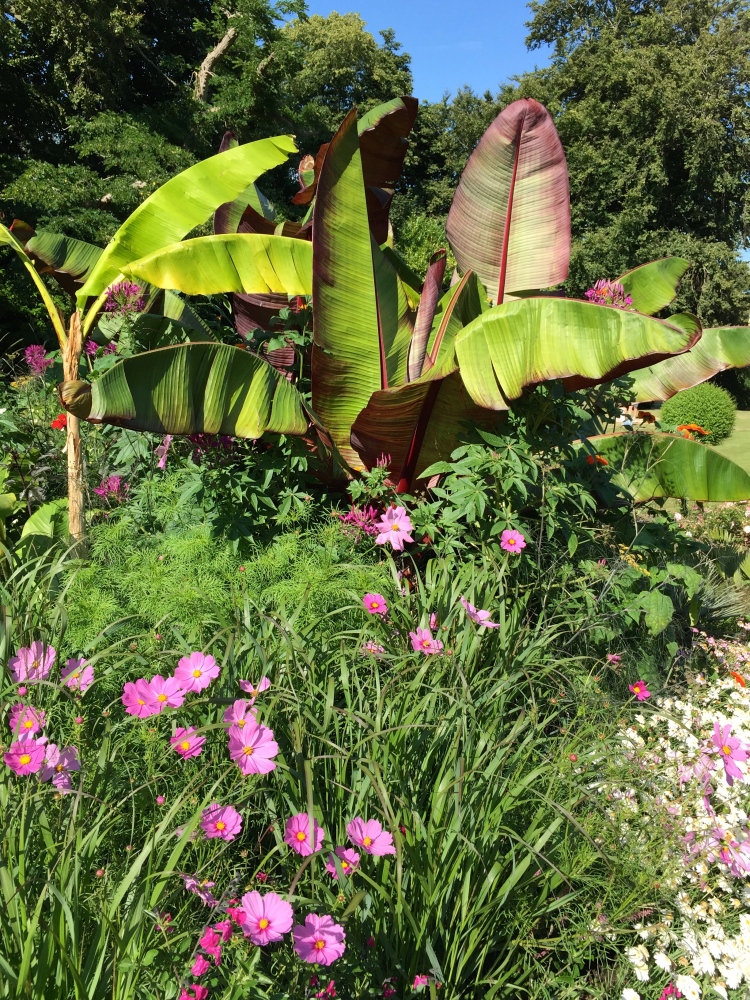 Unsurprisingly a garden was not part of the Tudor master plan but developed with subsequent efforts to make Walmer a comfortable home. It was William Pitt and his neice Lady Hester Stanhope that began to create the layout visitors enjoy today in the late 1700’s and early 1800’s. By 1859 Walmer boasted an established shelter belt of mature trees, lawns, kitchen and walled gardens and a paddock, now a wildflower garden. In the second half of the 19th century Earl Granville commissioned a gravel walk west of the castle now known as the Broadwalk, flanked by herbaceous borders and great yew hedges. 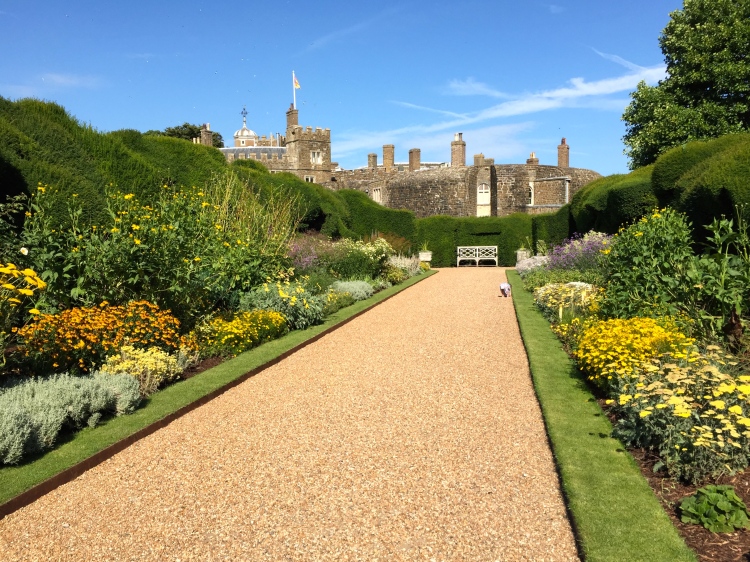 Walmer’s most recent addition in 1997 was the Queen Mother’s Garden (below), designed by Penelope Hobhouse to commemorate the presiding Lord Warden’s 95th birthday.

There are two highlights for me in Walmer’s gardens. The first is not the enormous double herbaceous border flanking the Broadwalk, recently replanted in the style of Gertrude Jekyll, but the hedge that protects them from the elements. The hedge has been allowed to assume the lumpy-bumpy form of a dropped blancmange, which must be a nightmare to clip but is very charming to look at. The misshapen yews lend the garden a sense of antiquity befitting such a venerable castle. The second highlight is the kitchen garden, in particular the glasshouse range which is beautifully maintained and always packed with exciting plants.

Star of the show in early August is Fuchsia boliviana (above) dripping with huge trusses of carmine flowers. I am green with envy each and every time I visit. The Queen Mother’s Garden, although well planned and symmetrical, just doesn’t do it for me.

The kitchen and cutting gardens are always impeccably presented and bright with flowers. Set against a bright summer sky and the castle’s solid grey outline they positively effervesce. English Heritage sometimes feels like a poor relation to the National Trust, entrusted with so many magnificent properties, but at Walmer they have created a real jewel in their crown.

Find out more about Walmer Castle on the English Heritage website.