Regular readers of this blog will know that I am a big fan of echiums. I love their jewel-coloured flowers, the way they attract bees to the garden and their incredible range of stature; from sprawling Echium tuberculatum to sky rocketing Echium pininana. Slowly but surely I am increasing my collection in our coastal garden, adding E. gentianoides, E. wildpretii and E. candicans this year. One species, our native viper’s bugloss (Echium vulgare) is missing from the line-up. The reason? There’s more than enough of it already on the shores of East Kent and I doubt very much that I could grow it better than it grows itself. 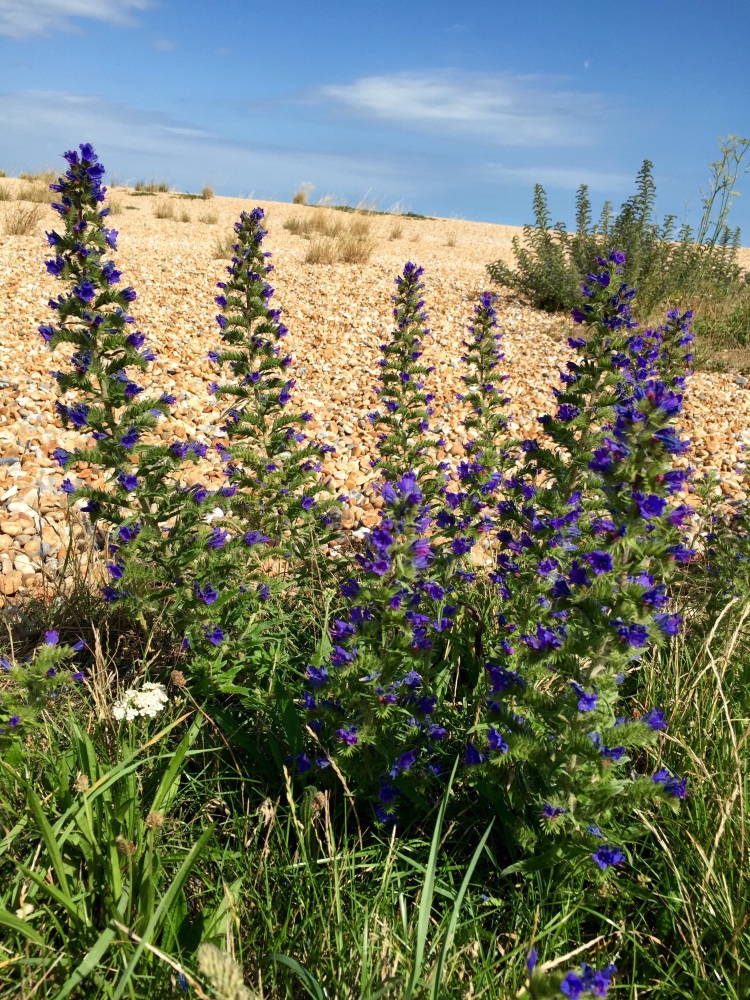 Viper’s bugloss shares many attributes with its Mediterranean cousins and may indeed have originated in North Africa. The plants form a rosette of coarse, bluish-green leaves which give rise to hairy spikes of gentian-blue, funnel-shaped flowers from May to September. Viper’s bugloss favours disturbed chalk grassland and shingle beaches, rubbing shoulders with fennel, red valerian and mallow. The shoreline between Sandwich and Kingsdown in Kent is festooned with this handsome plant right now, its intense flowers alive with insects including buff-tailed and red-tailed bumblebees, large skipper and painted lady butterflies, burnet moths, honey bees and red mason bees. Honey made by bees that have feasted on echium pollen, which is violet-blue, is said to taste delicious. 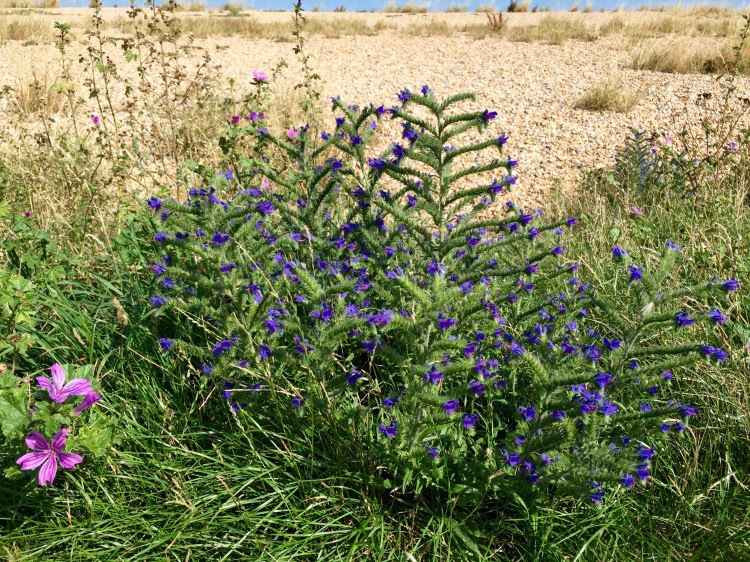 Historically, viper’s bugloss was believed to cure snake bites and to protect people from being bitten by reptiles. This could well be because the open, parched, wild habitats the plant enjoys are the same as those frequented by snakes.

A biennial, viper’s bugloss is perfectly easy to cultivate from seed (some might say a little too easy) provided you can offer it chalky soil and sharp drainage. Personally I think the lapis-lazuli flowers look best emerging from a sun-drenched shingle strand, set against an azure summer sky. A litte touch of The Med on our cold, windswept shores.

Let the blossom begin.
Iris ‘Sheila Ann Germaney’ making the world a better place - for me at least - this sunny Friday morning.
Brugmansia sanguinea is back outside after ten days sheltering in the workshop. Hasn’t stopped flowering since the day it arrived at The Watch House last summer and still producing new buds. What a trouper!
This weekend was our first full-on gardening weekend of the year: a day on the allotment, followed by a day in the garden. Not sure how we ever fitted socialising into our busy lives.
Here we go again! Work on the allotment has begun with weeding the beds and topping them up with old potting compost (this always results in a few interesting seedlings popping up!)
Anyone else desperate to get out in their garden this weekend?
Loading Comments...
Comment
×
%d bloggers like this: