Primped and polished gardens are all very well (we’ll be seeing a lot of them at Chelsea in a few days’ time) but for those of us who work and can’t afford help they can be a little intimidating. Small imperfections are natural and larger ones excusable. They render a garden approachable and understandable, revealing something about the way it works and the gardener that tends it. Flaws also lend a garden part of its atmosphere: glorious disarray is so much more evocative than clinical maintenance. The only gardens I never warm to belong to those stately homes, suburban villas and monotonous bungalows possessed of velvet-pile lawns, gappy planting and bushes so tightly pruned that they appear to have given up on life. 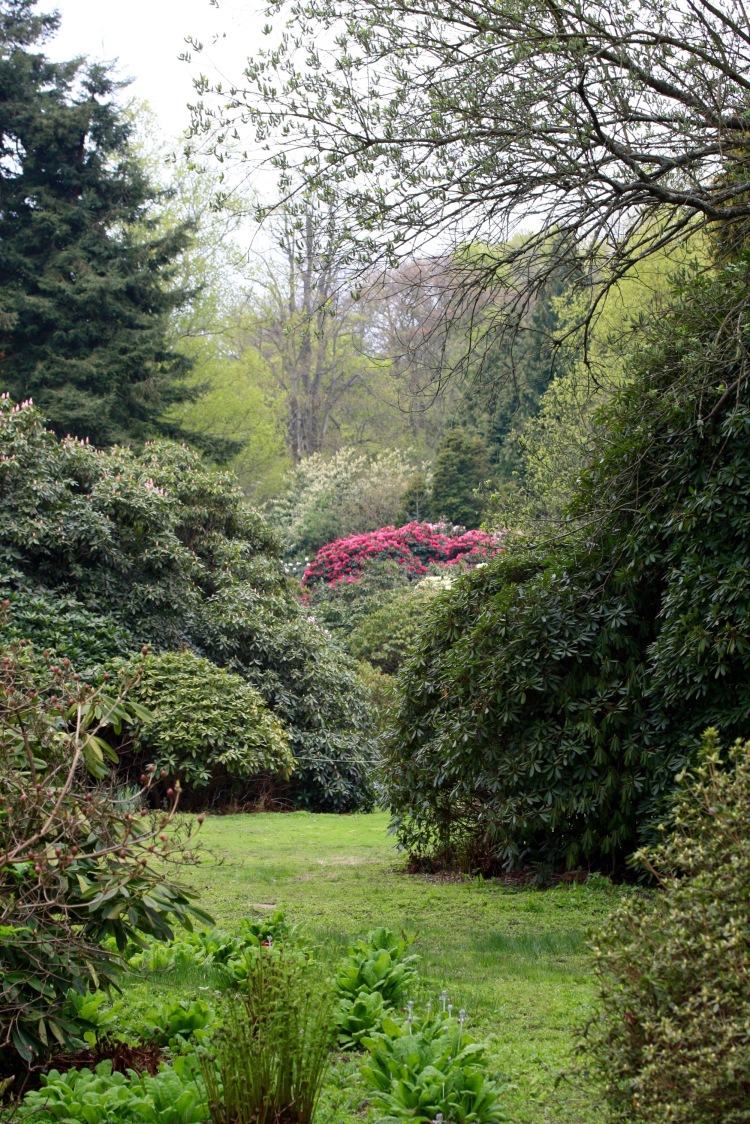 Exemplifying glorious disarray, if not wild abandon, is a little known valley in South East Kent known as The American Garden. You won’t find it in any guide book, and without a decent map you may not locate it at all. However, during the month of May you’ll find The American Garden open each weekend from 2-5.30pm. I’d urge you to make the detour and immerse yourself in its dank, dark, yet exuberant depths.

This part of The Garden of England has been mercilessly bisected by both the M20 and the HS1 train line on which Eurostar runs. Many years ago, as a Landscape Architect, the firm at which I worked acted for many of the landowners in this part of England who wished to keep their estates intact. Most, including Sandling Park, failed in their appeals. Both routes narrowly miss The American Garden, but the roar of traffic can still be heard. 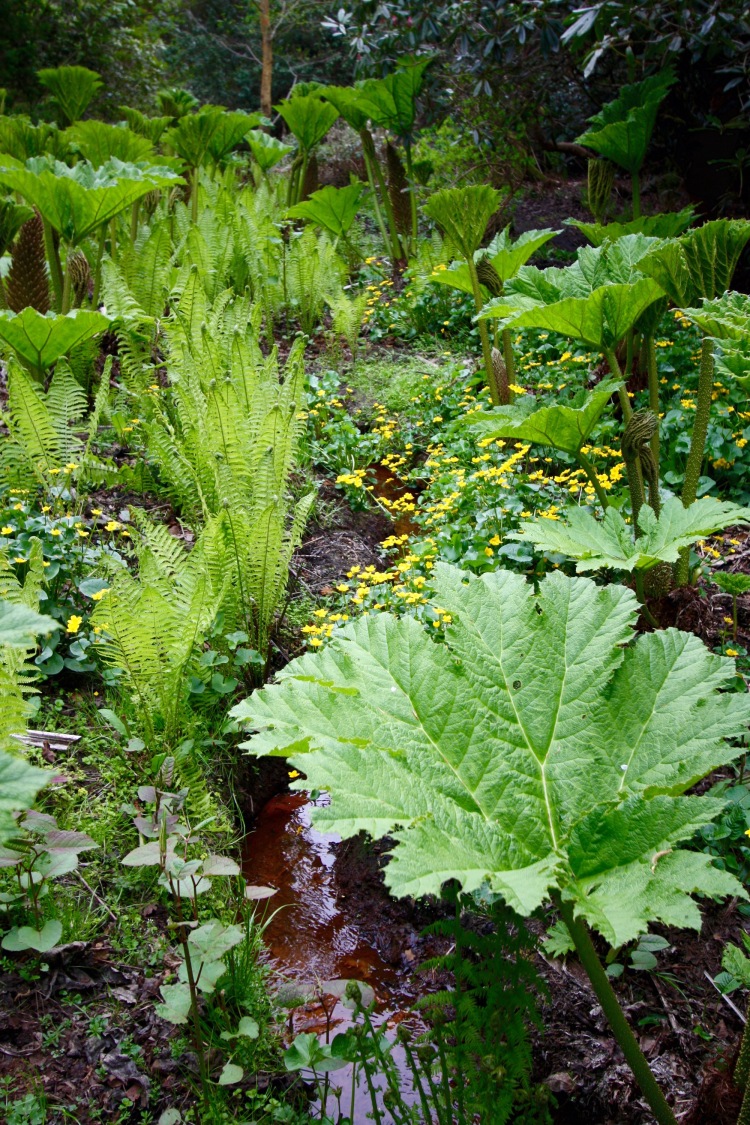 The American garden is so called because of the Californian redwood tree that was planted at its heart by William Acomb in 1854. Acomb was employed by Archdeacon Croft, who was rector of Saltwood from 1812 until his death in 1869. Educated at Eton and Cambridge (a winning formula then, as now), he married, appropriately, a daughter of the Archbishop of Canterbury. With his stipend of £4,850, which was one of the richest in England at the time, he purchased Saltwood Alders, an area of bog created behind ancient beaver dams. Croft proceeded to clear the land for charcoal manufacture, creating a garden in its wake. 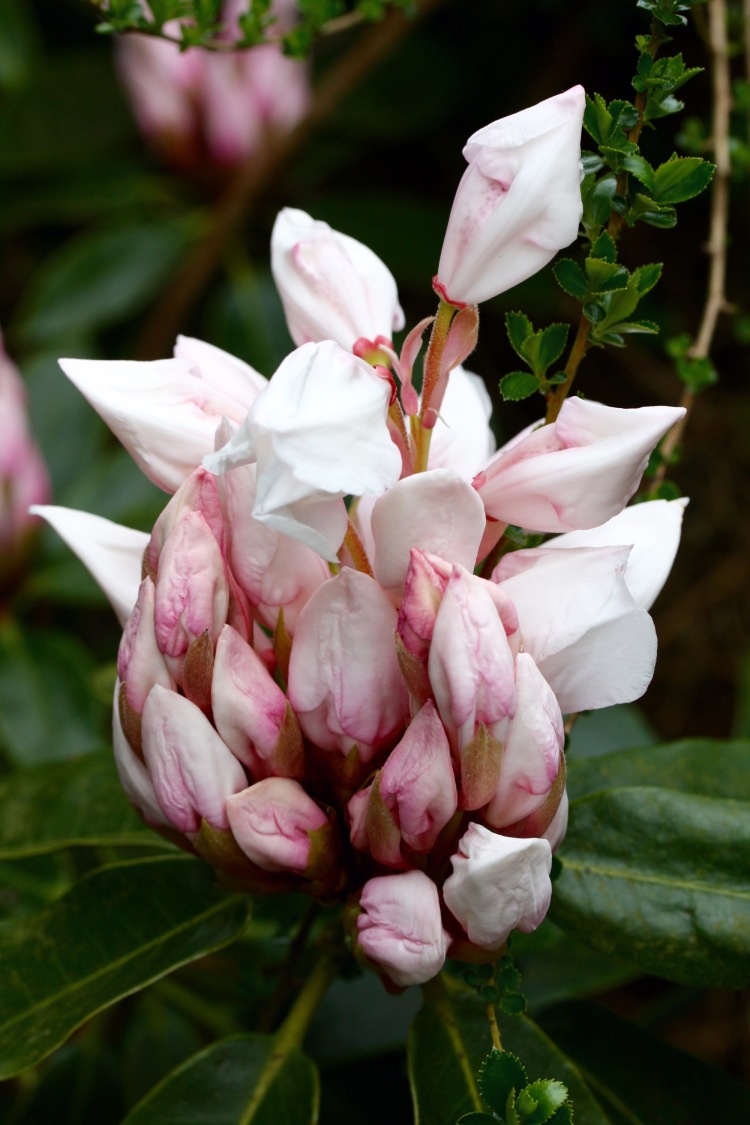 At that time new plant discoveries were arriving thick and fast from around The British Empire, including rhododendrons and azaleas from the Himalayas. Conditions in Archdeacon Croft’s garden mimicked the humid mountain valley climate perfectly and new introductions such as Rhododendron ponticum and R. arboreum flourished in their new home. Having employed William Acomb as gardener, the Archdeacon went on a spending spree, purchasing plants from all corners of the Far East and North America. His successor, Canon Hodgson, continued to build the collection, followed by a gentleman called Alfred Leney, a brewery entrepreneur from Dover who improved the structure of the garden. Between 1947 and 1976 Stanley Harland and his gardener Alex Pleuvry replaced large swathes of laurel with newer varieties of rhododendron, including the Kurume azaleas which still grace the Dell Walk. 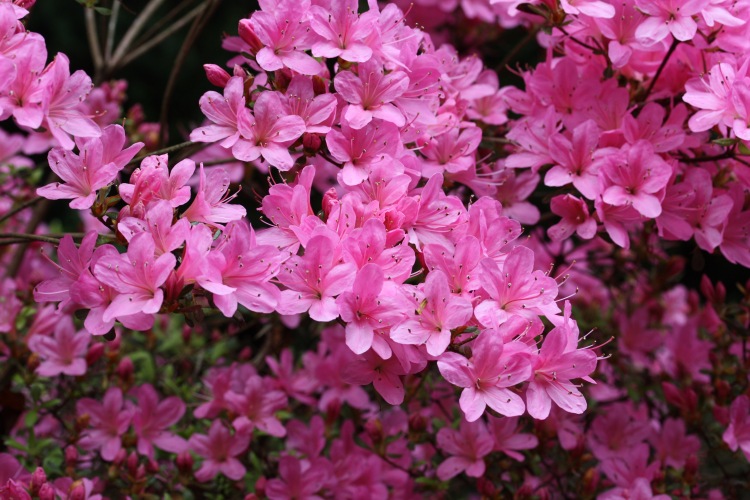 Stanley Harland died in 1998, passing the garden on to his son Nigel, who valiantly continues its upkeep. Managing a garden on this scale cannot be easy, especially on a budget. The maintenance regime appears to be one of managed decline, with the focus on clearance and access rather than new planting. This is a pity as there must be many unmarked hybrids in the garden that are worthy of identification and propagation. 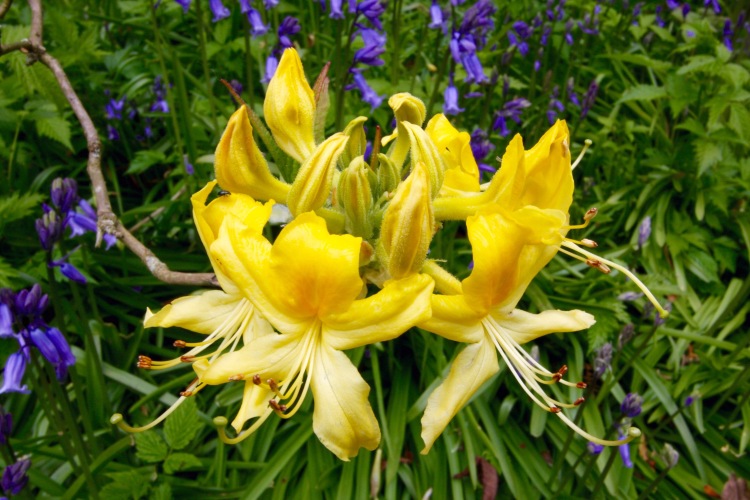 On a previous visit a tree-sized Embothrium coccineum, the fabulous Chilean fire bush, grew in the centre of the garden’s largest glade. Sadly this has now fallen, leaving behind the clump of wisteria-covered azaleas that grew in its shade. I hope The American Garden does not go the way of other gardens from this era that have found themselves without sufficient funds; swamped by sycamores and brambles, waiting for rescue. East Kent could benefit from a garden of this kind if only it had the means to smarten up its act and resume the building of a strong plant collection. In the meantime the experience of a visit to The American Garden, parking in a neighbouring orchard and plunging into the gloaming of The Dell, is like entering Jurassic Park. Your senses alive, you’ll discover many things, but there won’t be a tightly clipped bush in sight. 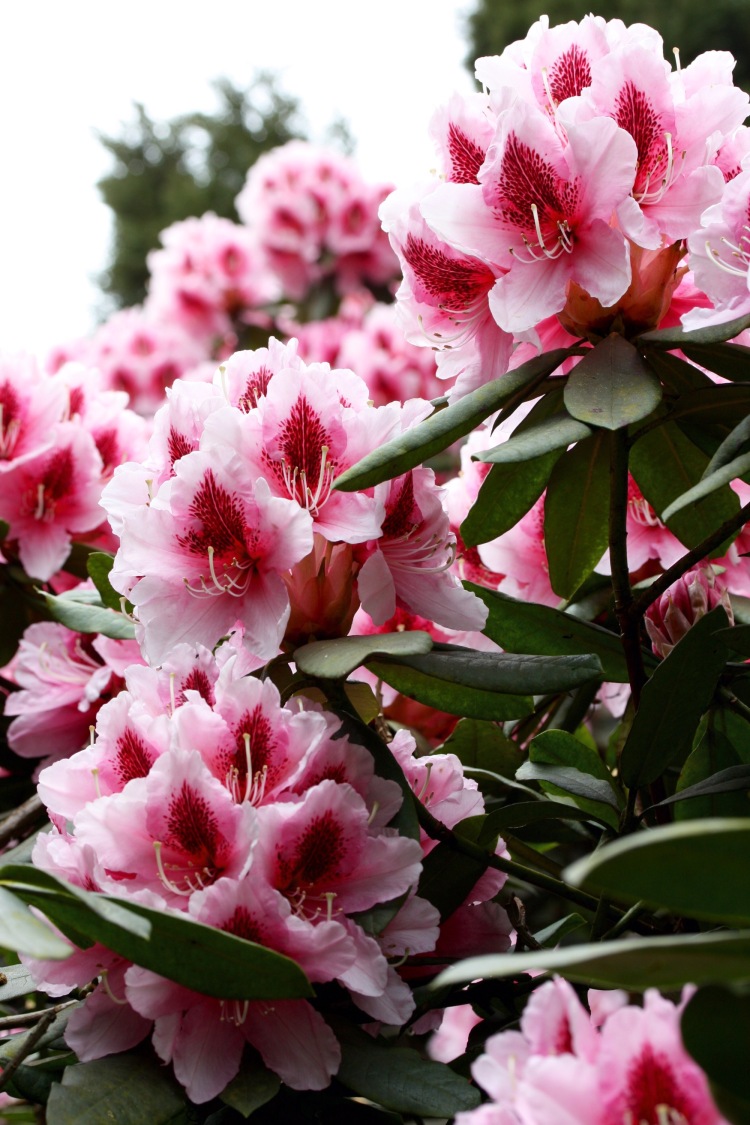 Allot a tulips!
Our outdoor kitchen is thirteen years old this year. I’ll be repainting the woodwork once the weather warms up, but in the meantime the @firemagicgrills bbq has had its annual spruce up and I can almost see my face in the cover!
Purple, burgundy and plum tones now starting to creep in as May approaches. The big crescendo will not be many days away now.
Spring fresh.
Now that’s more like it!
Bulb field update! Turns out a week of sunshine makes quite a difference.
Loading Comments...
Comment
×
<span>%d</span> bloggers like this: