This week is snowdrop week here at The Frustrated Gardener. I’ll be celebrating the glories of the alluring genus Galanthus in all its virginal whiteness. Never fear, I am not about to succumb to galanthophilia – I can neither afford another addiction nor understand the acute fascination with such minute floral variations – but surely there is nothing in the garden during February more beguiling than a generous tuft of quivering snowdrops?

To begin my immersion into the world of snowdrops I traipsed along to London’s Chelsea Physic Garden on Sunday, the final of the special snowdrop days. The entirety of last week was devoted to the worship of galanthus, with a programme of events including talks, walks, painting courses and opportunities to acquire rare and treasured cultivars. The Chelsea Physic Garden, which is both small and venerable by botanical garden standards, was packed with sparkling clumps of snowdrops, sprouting boldly from the earth, displayed in a ‘theatre’ and even suspended from trees. More on that later in the week. 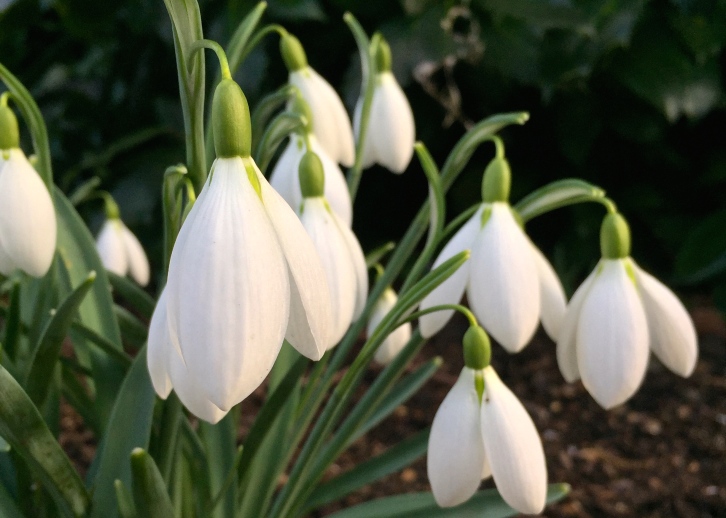 Today I am sharing with you a snowdrop that stood out for me as one of the most robust and beautiful in the garden. Galanthus ‘John Gray’ was discovered in the garden of the late John Gray at Benhall, near Saxmundham, in Suffolk. On his death the bulbs passed to a friend, E. B. Anderson, marked only with “XXX” on the label, and so they were christened ‘John Gray’. Later, Galanthus aficionado Sir Frederick Stern claimed the snowdrop to be the finest early variety that he knew. G. ‘John Gray’ is still admired for its very early blooms, each composed of large curved petals held together by an emerald green ovary. The effect is quite wonderful and pillowy, as if each flower had been gently inflated by an up-draught of air. As an added bonus they become strongly honey-scented when kissed by the winter sun. I am sure John Gray would have been proud of his namesake, which very nearly induced me to part with silly money … but not quite. 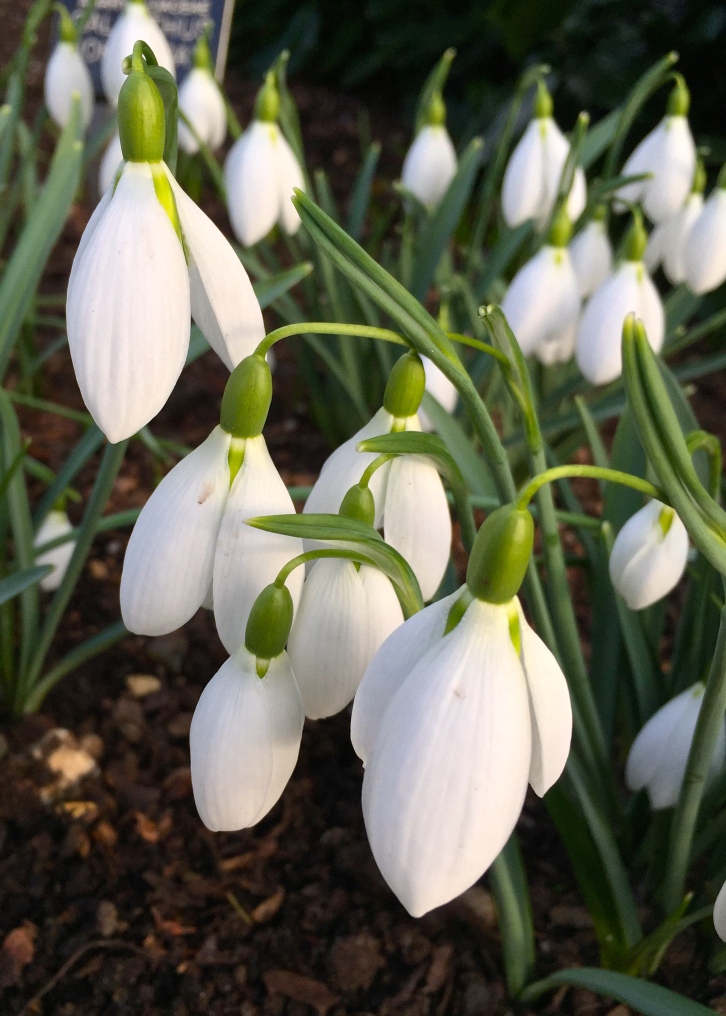