We’re so accustomed to the British Summer being a wash out, it’s a wonder we haven’t all given up on creating that hot, Mediterranean garden of our dreams. We were promised global warming and were delivered a long series of soggy summers and boggy winters. But since the Hampton Court Palace Flower Show we’ve shared the same weather as Delhi. Our vain hopes of a barbecue summer have finally been realised.

When the sun shines, so do our gardens and nowhere more so than at Hampton Court where the fashion for hot colours continued. A new twist was the association with shimmering silver foliage and cool blue flowers.

The magic of this palette was plain to see in ‘Mid Century Modern’ designed by Adele Ford and Susan Wilmott. The design for this ‘low cost, high impact garden’ was inspired by a 1950’s advertising poster with its hand drawn typography and bold colour palette. The result was a thoroughly modern garden which cost just £15,000 to create, including labour, materials and plants. This may sound like a lot, but for a garden of this quality and impact it’s pretty good value. 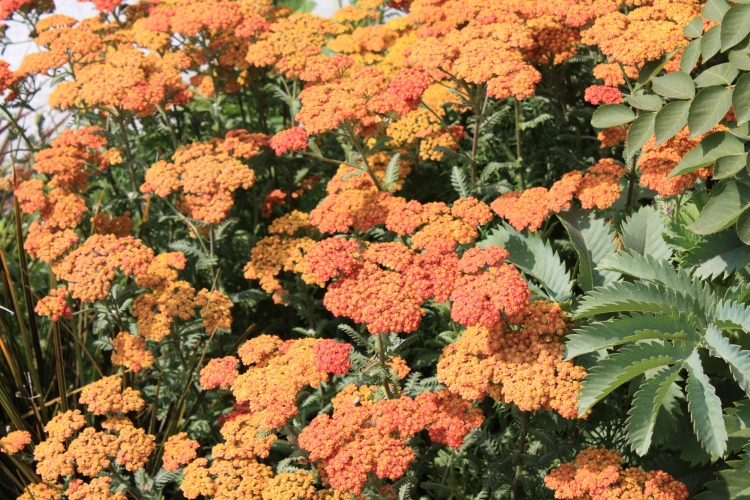 Once you discover that Adele works at Great Dixter, it comes as no surprise that she felt confident enough to pair plants like Achillea ‘Terracotta’ (above) with the serrated foliage of Melianthus major. We grow the latter in more shade, where the leaves are paler, but it looks best grown in full sun. This was a bold garden which would surely appeal to a young, fashionable couple.

Two gardens in the conceptual category celebrated triumph in the face of adversity. The first was ‘Desolation to Regeneration’ designed by Catherine MacDonald of Landform Consultants. The garden illustrated the two phases of a forest fire through flower colour, foliage texture and abstract sculpture. The overall design was inspired by the next Hobbit film, ‘The Desolation of Smaug’.

It was not my favourite by a long chalk – more a walk-through than a garden, propped up by a photographic backdrop and unnecessary “auditory and olfactory stimulation”. Frankly, birdsong and the distant hum of a lawnmower will do me in this respect, and over the din of the crowd the recording was barely audible. The fact that any of this trickery was needed demonstrated the weakness of the design and the artifice of the planting. The RHS judges disagreed with me and awarded it gold. The Frustrated Gardener awarded it nul points. 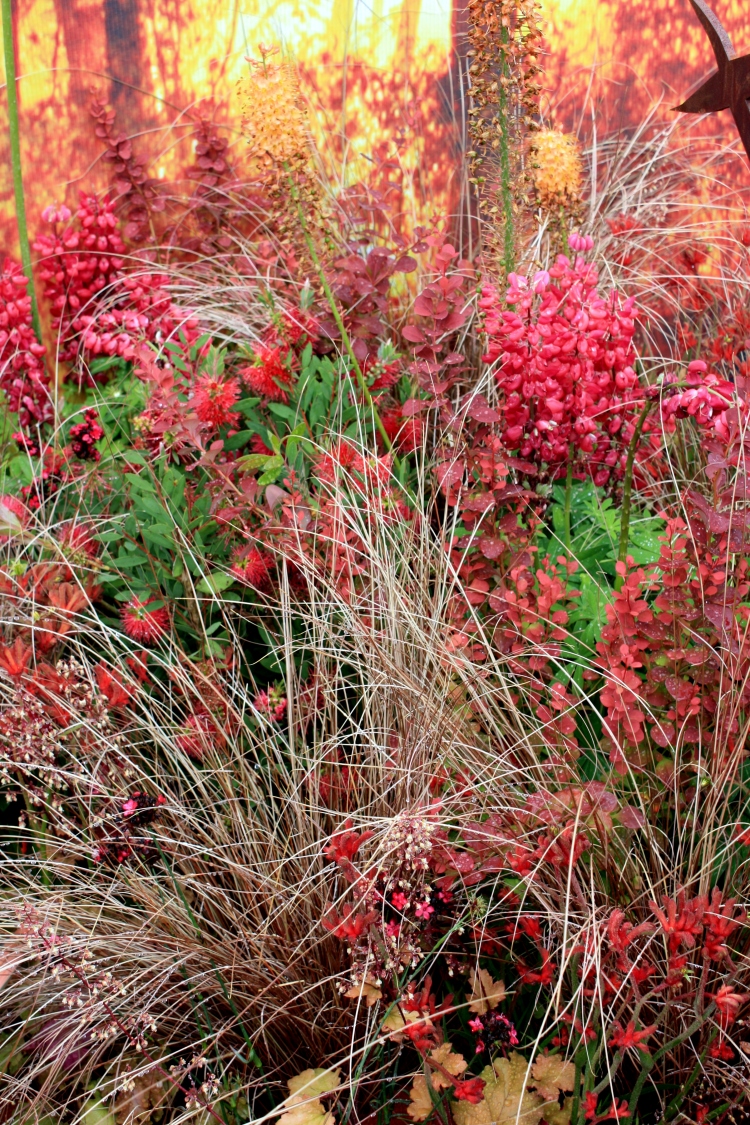 A second conceptual garden, entitled ‘Ashes to Ashes’ and designed by Bruce Waldock, explored a more specific catastrophe, that of ash dieback . For the second time in my life the UK faces the annihilation of a tree species which is synonymous with our countryside. Yet just as some cultivars of elm have survived, it’s possible that the disease may not wipe out our entire ash population. 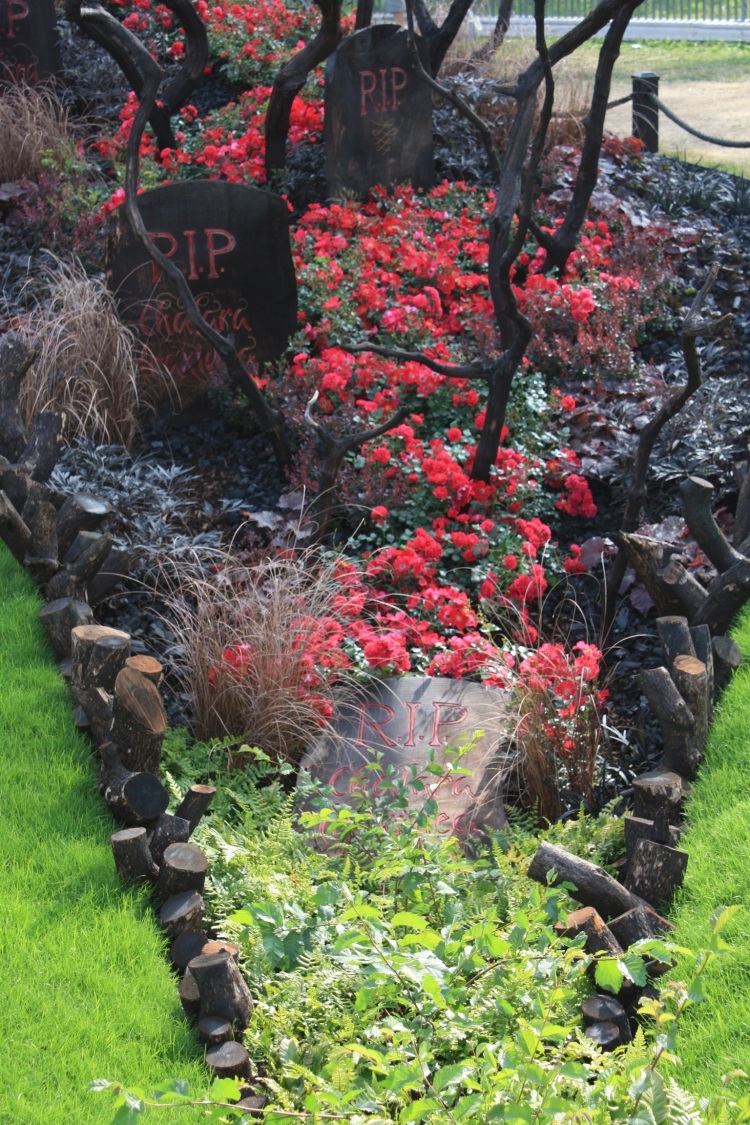 The curving garden portrayed an apocalyptic scene, complete with headstones for the disease causing fungus, Chalara fraxinea. From the devastation spiraled a glade of new growth, representing the future. This garden conveyed a strong, topical message and was far more deserving of its gold than the previous one. 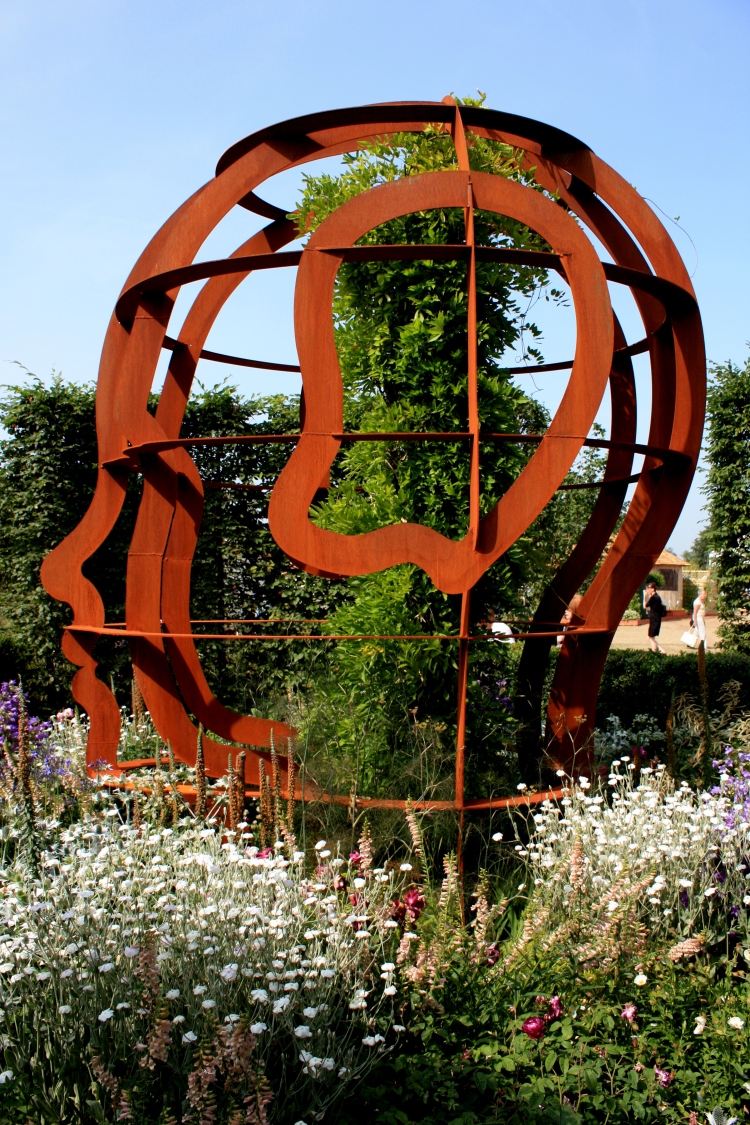 The McCarthy and Stone Garden by Chris Beardshaw

No flower show is complete without a design by Chris Beardshaw. His collaboration with McCarthy and Stone, the UK’s largest builder of retirement properties, was multi-faceted. The garden’s aim was to explore the stereotypes of age, including the isolation, misunderstanding and the feeling of being a burden. Built around a circular structure, the garden featured three pathways leading to a hidden sanctuary, which signified not only the unique ways in which the brain processes memory, but also how it then utilises those memories in day-to-day life. 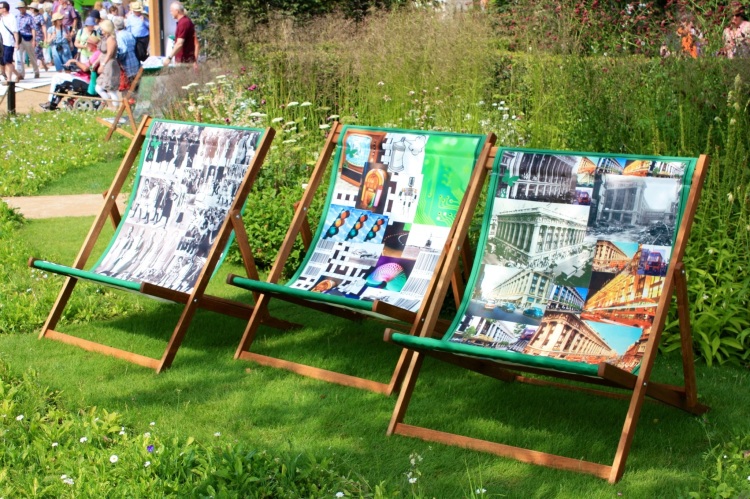 Far from being a negative space, the garden was bright, varied and easy to identify with, even for one not approaching old age quite yet. That said, I do often feel that my brain may have been replaced by a wisteria, so Chris got that bit right!

As seen in Ruth Marshall’s ‘A Cool Garden’, rusty structures were complemented by silver foliage and blue, white and peach flowers. Meanwhile, at the front of the garden, three double deckchairs with digitally printed slings sat in the shade. I am not sure what they had to do with the theme but, boy, did they look inviting!

Finally, a garden which I couldn’t place as either cool or hot, ‘A Valley Garden’ by Sophie Walker. Perhaps this garden should have been entered in the conceptual rather than show garden category, as the silver gilt medal was a travesty.

The ‘valley’ was formed by mounding soil up on either side of central pool, bisected by a dagger-like path. The pool was dark and moody with steam rising from the surface, like a backwater of a slow moving, tropical river. The earth mounds were planted with rare and exotic discoveries from Crug Farm Plants in Wales, completing the sense of theatre.

This simple but stunning garden had more atmosphere and drama than all the other show gardens put together. Thank goodness common sense prevailed and the general public awarded it the ‘People’s Choice’ award. British gardeners might appear traditional, but they know great design when they see it.

I hope you enjoyed my trip around Hampton Court Palace’s gardens. Which were your hot favourites? 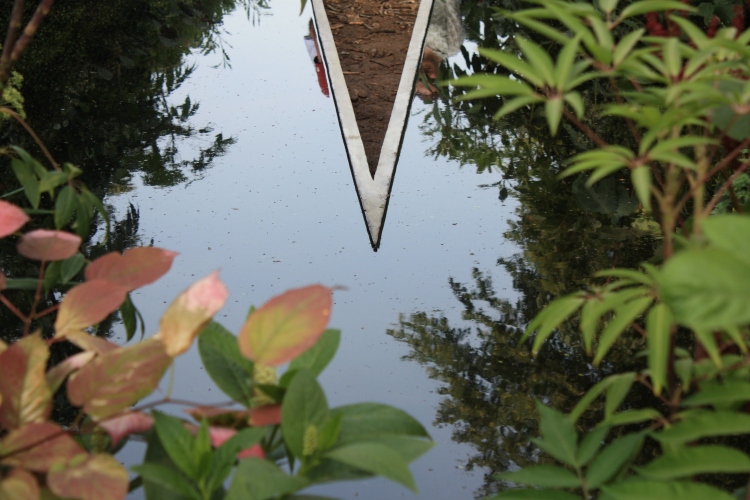