It came as no great surprise to learn that Houghton Lodge was once voted one of the most desirable houses in England. A letter to the current owners from a passer by, politely offering to buy the house, is framed and displayed in the visitor area. Whilst admittedly cheeky, I suspect it merely commits to paper an offer that many a visitor would have rehearsed in their head.

Houghton Lodge was built in the 18th Century as a Cottage Orné – intended to look rustic on the outside but offering all the mod-cons its wealthy owners would have expected inside. These picturesque buildings were basically designed for the upper classes to play at living like country folk, without of course having the inconvenience of bumping into any of them. Sometimes, rather than sully their lands with ramshackle workers’ houses, they also built estate villages in the same mould.

Nowadays, a Cottage Orné is still well beyond the reach of most of us, and relatively few have survived. Houghton Lodge continues to be lovingly maintained by one Captain M.W. Busk, and is open to the public in an especially low-key way. There are honestly boxes for the entry fee, no rules as to whither one can wander and few fellow garden visitors with whom to share this idyllic spot.

The setting, on rising ground above the River Test, is truly unique. England boasts 85% of the world’s chalk streams, and the Test is the most celebrated of those. The view from the terrace along the fast flowing river is one it would be hard for anyone to tire of, the water adorned with swans and the meadows grazed by…..alpacas. These distinctly exotic interlopers were amusingly named Tom, Dick and Harry. Don’t ask me which is which. 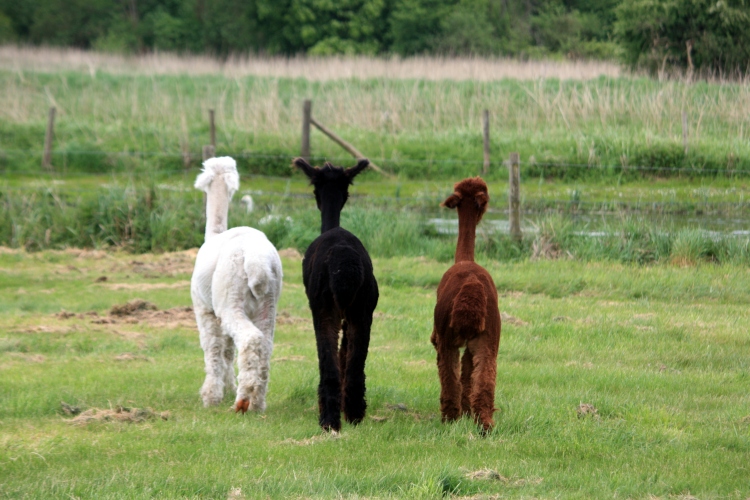 Returning to the gardens, visitors begin their tour in the Hydroponicum – a greenhouse where everything is grown in nutrient-enriched water flowing through perlite and vermiculite. The aim is to demonstrate how the amateur gardener can use hydroponics to grow flowers, herbs, and vegetables. To my mind you can’t beat a nicely grown plant in a terracotta pot, but this was an interesting alternative to traditional culture and does away with the necessity for heavy lifting. 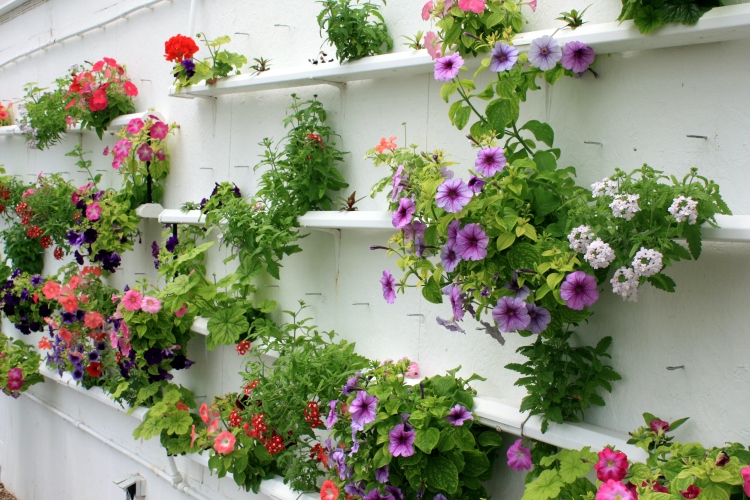 After the Hydroponicum comes a compact but well-curated orchid house, leading out into a fine kitchen garden. The walls are constructed of chalk cob, a mixture of chalk and straw ‘puddled’ by oxen and then built up in layers. Tiles top the walls to deter intruders and a base of flints act as a damp proof course – we don’t build them like that anymore! Within the walled garden an impressive number of old espalier fruit trees is presided over by one great dame, an espalier pear, ‘Uvedale St. Germain’, with a mighty span of over forty feet.

The peacock garden is home to not one, but seven peacocks – six carefully crafted topiary specimens and one made from scrap metal (pictured below). Down the garden near a summer house lurks more dangerous topiary, in the form of a well camouflaged and tightly coiled dragon. The beast emerges from a steamy white froth of cow parsley (Anthriscus sylvestris) and ramsons (Allium ursinum).

Returning to the house via the river banks and a shady serpentine walk, one crosses the short but impressive approach drive. Houghton Lodge was originally built as a fishing lodge – one which I am certain would have impressed the guests from every angle. Draping the verandah was a young wisteria, the most romantic of all climbers. Far from gilding the lily, the mauve flowers just added to the pretty picture. No good Cottage Orné should be without one.

And for my next tea break ......
Tea break time! ☕️ 🫖 🍰
I mean, seriously, could there be a sexier tulip? ‘Attila Grafitti’ is what I would describe as shocking pink with beetroot overtones. The blooms shimmer in the sun as if they’d been lacquered. Would look fabulous with another favourite of mine, ‘Orange Dynasty’, which is bright orange and neon pink. Note to self for next year.
The Late, Late Daffodil Show!
Library light.
Happy Friday everyone! What a beautiful morning ❤️💕
Loading Comments...
Comment
×
%d bloggers like this: