I first started visiting The Lost Gardens of Heligan as a student in the very early 1990s. By then the Tremayne family’s forgotten pleasure grounds had been rediscovered by their descendant, John Willis. Thanks to Tim Smit, later of Eden Project fame, there was already an audacious plan to revive them. As the decade […] 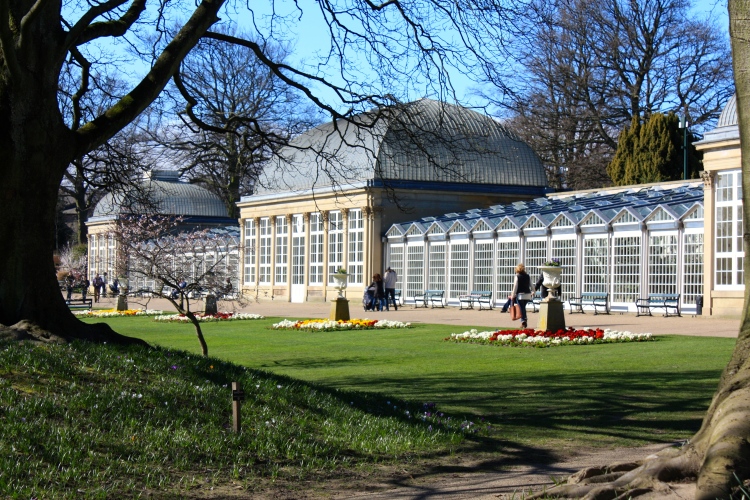 Over the years I’ve gained mixed impressions of Sheffield. It was neighbouring Rotherham that I encountered first, so one might think the only way was up from there. Arriving at the city’s station for a university interview, the image which etched itself on my memory was of the Le Corbusier inspired Park Hill Estate and […]

END_OF_DOCUMENT_TOKEN_TO_BE_REPLACED

Dangling out of the top floor window to capture this image of the Jungle Garden reminds me what a special, urban oasis we have created in this part of town. There are no other trees visible between here and the sea, only tiles and tarmac. Our trees and climbers are home to a flock of house sparrows, dunnocks, wrens, wood pigeon, collared doves, blackbirds and the occasional ring-neck parakeet. Hard to believe it’s all growing in pots, troughs or raised beds over two cellars. Goes to show that with a bit of determination, anything is possible.
The sweet Williams were such scrappy little things when we planted them out in autumn, it’s amazing to see them smothered in bloom now. Must remember to sow more soon. My wallflowers have already germinated.
Going bananas 🍌 Musa sikkimensis ’Red Tiger’ is loving this balmy weather.
There’s a reason why it’s called Dahlia coccinea. It’s because it’s scarlet and Latin for scarlet is ‘coccineus’, ‘coccinea’ or ‘coccineum’. The exact colour can vary within the species but this one is a perfect, clear red.
I swear that if I sit here long enough I will be able to observe the plants growing.
First outing for my new hat. Green, to match my fingers 😆
Loading Comments...
Comment
×