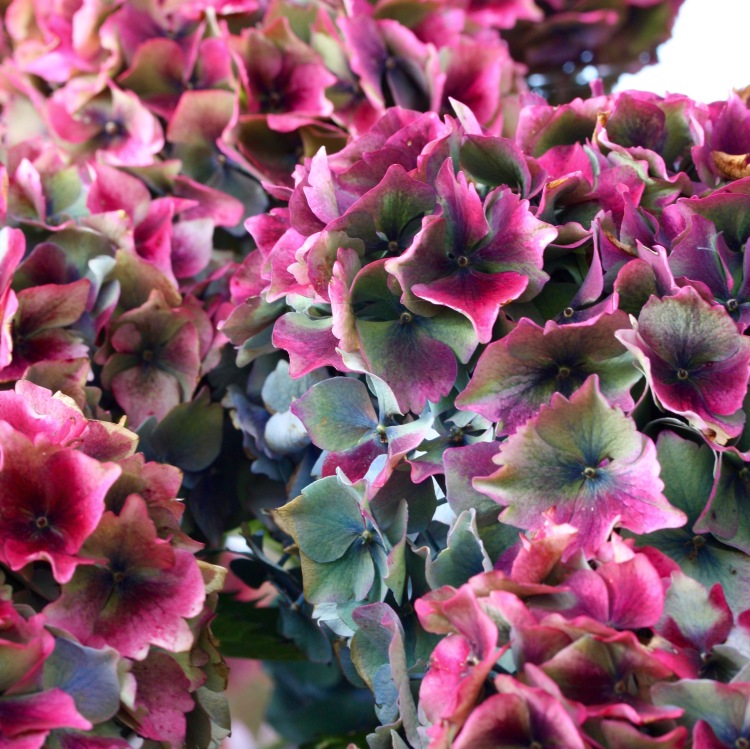 I am in Cornwall, where the hydrangea is Queen of Shrubs. No seaside garden is complete without at least one; indeed many are packed with dozens of them, punctuated here and there by windswept cordylines. Love them or hate them, hydrangeas are possessed of some of the most unique flower colourings in the plant world. […]

On the steep sides of the Helford River in Cornwall lie two famous gardens, as similar in style as the two halves of a 1920’s semi. The likeness is not so surprising when you discover that both were influenced by the same family at a crucial point in their development. The Foxes, a large, wealthy quaker dynasty, created […]

Joyful and life affirming is how I’d describe the garden at Old Bladbean Stud. Hidden among the labyrinthine lanes of South East Kent, owner Carol Bruce has created a garden of great substance from a site that was utterly derelict as recently as 2003. It’s a rarity these days to come across a new, large garden […] 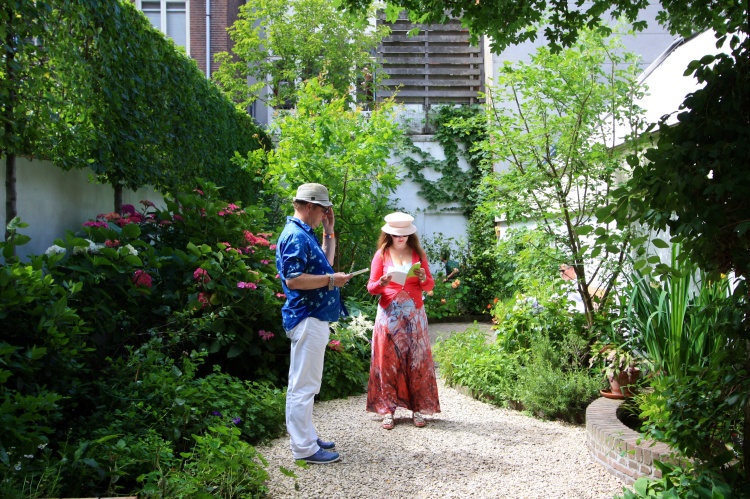 I have never been a great fan of autumn. All the untidiness and decay just doesn’t work for me. I generally console myself with planning for spring, whilst others are enjoying the glories of this mellow season. But having missed most of September travelling in hot and steamy Asia, I am finding it hard not […] 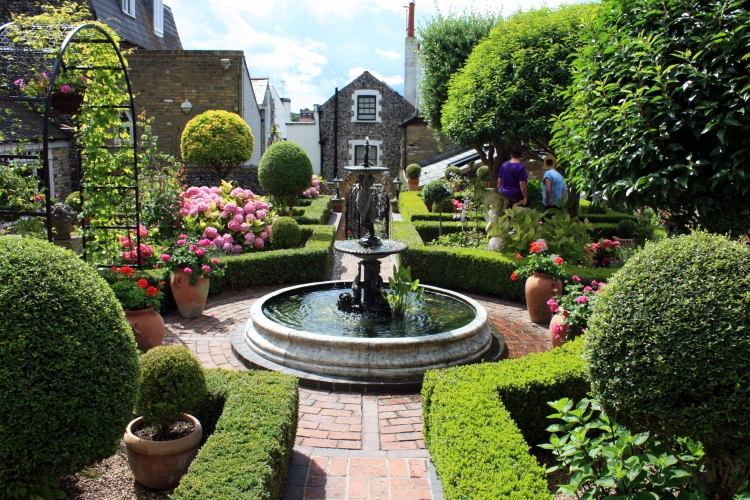 The English language is full of wonderful words, if only one can find the opportunity to use them. Thought to be one of the hardest words to translate into other tongues is ‘serendipity’, meaning ‘the accident of finding something good or useful while not specifically searching for it’. And so it was, by taking a […]

END_OF_DOCUMENT_TOKEN_TO_BE_REPLACED

After a scorching day at the allotment it’s a such a relief to come home to the cool leafiness of our garden room.
Dangling out of the top floor window to capture this image of the Jungle Garden reminds me what a special, urban oasis we have created in this part of town. There are no other trees visible between here and the sea, only tiles and tarmac. Our trees and climbers are home to a flock of house sparrows, dunnocks, wrens, wood pigeon, collared doves, blackbirds and the occasional ring-neck parakeet. Hard to believe it’s all growing in pots, troughs or raised beds over two cellars. Goes to show that with a bit of determination, anything is possible.
The sweet Williams were such scrappy little things when we planted them out in autumn, it’s amazing to see them smothered in bloom now. Must remember to sow more soon. My wallflowers have already germinated.
Going bananas 🍌 Musa sikkimensis ’Red Tiger’ is loving this balmy weather.
There’s a reason why it’s called Dahlia coccinea. It’s because it’s scarlet and Latin for scarlet is ‘coccineus’, ‘coccinea’ or ‘coccineum’. The exact colour can vary within the species but this one is a perfect, clear red.
I swear that if I sit here long enough I will be able to observe the plants growing.
Loading Comments...
Comment
×