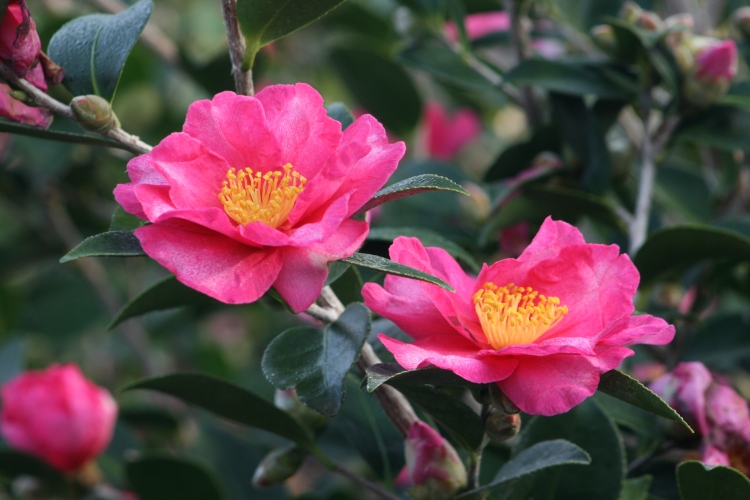 Most of us spend relatively little time in the garden during the winter months. Of course there are jobs to be done, but with plants growing slowly, short days, inclement weather and sometimes frozen or wet ground, the opportunities are naturally limited. Winter is a time for planning and preparation, time to stand back, see […]

With April bright on the horizon I am already having to get a wiggle on to keep up with what needs doing in our garden. Within a fortnight that wiggle will have become a jog, and by early May I’ll be sprinting just to stand still. I feel exhausted just thinking about it. At […]

It’s all going on in the garden right now. The plants have had a sniff of spring and now they are intoxicated, thrusting out of the ground, sending tendrils hither and thither and scrambling up in search of light and warmth. They’ve discovered the powerful drug that is spring. The energy that was quelled […]

My sweetie jar has been a little empty of late, so I think it’s high time I resumed my occasional Daily Flower Candy series, highlighting some of my favourite garden-worthy plants. Today’s sweet treat is Correa ‘Marian’s Marvel’, a shrub that had passed me by until I stumbled over it three times in the space […]

The last time I was up at 6am on Christmas morning I was ten. With a three-year-old in the house it was inevitable that we’d be roused before dawn to see if Father Christmas had paid us a visit: quite a shock to the system, especially for Him Indoors. The lack of snow outside […]

I began my traditional Boxing Day post last year by commenting on the unusually mild weather that lead up to Christmas. Had I known then what I know now, I may well have made less of it: the UK is about to record its warmest ever December, with temperatures 4°C above average for the time […]

Early in February I went along to the Chelsea Physic Garden for one of their annual snowdrop days. I was lucky enough to bag a ticket for head gardener Nick Bailey’s ‘Best in Snow’ walk, where he described very eloquently a dozen or so of his favourite plants for winter colour. Not many of them can […]