What better way to start the New Year at The Frustrated Gardener than with a plant that flowers through the darkest, coldest months. The winter heliotrope, Petasites fragrans, is so called because it produces tiny clusters of flower that are said to smell like cherry pie. I don’t quite make that culinary connection, but it’s certainly a pleasant and unexpected fragrance to stumble upon during a winter walk. Others liken the scent to liquorice, aniseed or vanilla. 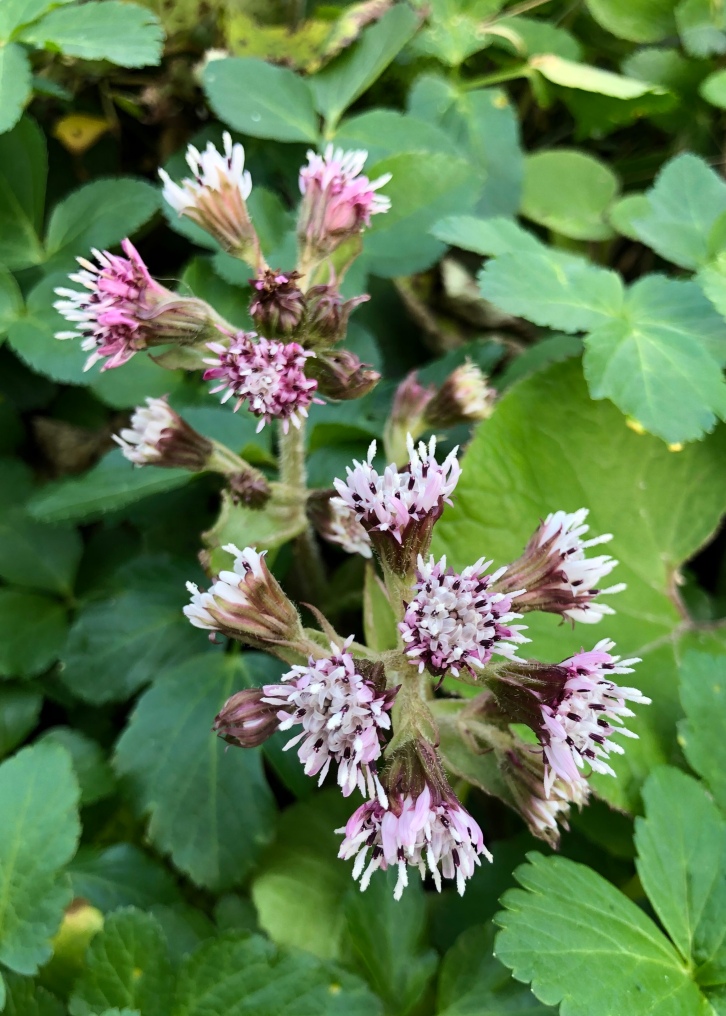 Winter heliotrope is not a British native wildflower. It was introduced to our gardens in the 19th Century on the strength of its lilac-pink, powderpuff flowers and delicious scent. One can imagine Victorian ladies being greatly amused by this unusual new discovery planted daintily on a stream bank or in a sheltered dell. However, like several other vigorous non-natives, winter heliotrope was far from lady-like in its behaviour, quickly finding itself at home along roads and hedges, in ditches and alongside rivers. A great distance from its native lands of Sardinia and North Africa, winter heliotrope found Britain, the south in particular, a home from home. According to the RHS only male plants may be found in the UK and Ireland, hence every one is genetically identical. The plant spreads vegetatively via creeping, underground rhizomes, forming clumps several metres across when uninhibited. 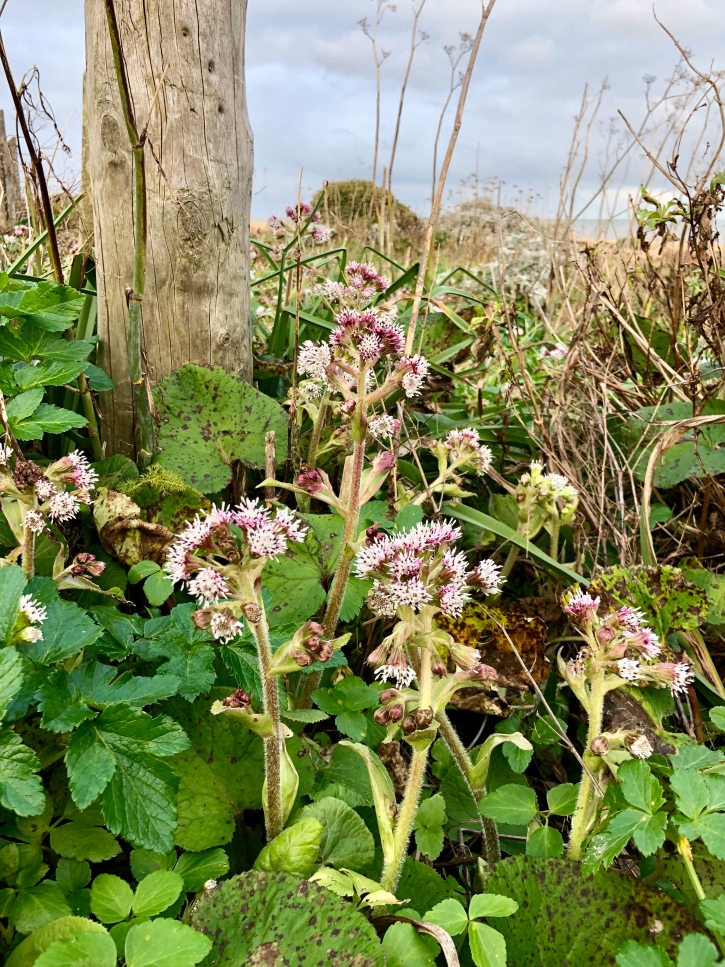 As an invasive ‘alien’, winter heliotrope is not too offensive. It will not tolerate regular disturbance, so the least harmful approach is to keep digging it up if it appears where it’s not wanted. Otherwise allow winter heliotrope to form large carpets, making sure you can get close to it in winter to appreciate the scent. The flower stems are short, so you may have to bend to get your nose into the little clusters of bloom. Small, heart-shaped, green leaves emerge shortly after the flowers. 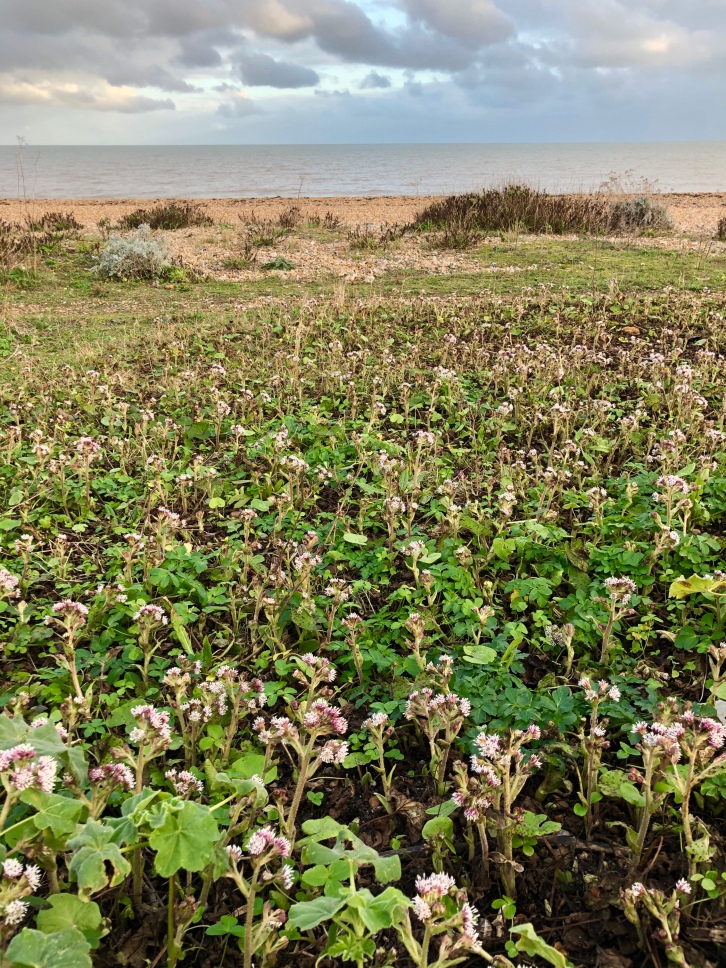 I’ve not been able to ascertain a great deal about winter heliotrope’s wildlife value, except to establish that it may crowd out natives given the perfect conditions for its growth. I imagine in sensitive and protected landscapes it could cause serious problems, but for most of us it is, at worst, a persistent weed. The photographs in this post were taken along a stretch of path between Kingsdown and Walmer in Kent. With gardens on one side and the English Channel on the other, the heliotrope seemed much happier in the shingle beach than it did in cultivated soil. Those with sharp eyes will spot young tree mallows (Malva arborea) and the emerging leaves of Alexanders (Smyrnium olusatrum) in the scene above. Only the mallow is native and all can be found in the Mediterranean, which says something about how mild this stretch of the Kent coastline is.

Whilst perhaps not a plant for deliberate cultivation in our gardens, winter heliotrope is a welcome sight from now until the end of February when everything else is looking drab and smelling distinctly earthy. TFG.

Leave a Reply to The Frustrated Gardener Cancel reply