I’ve reached that point in the year when the number of posts I have time to write is overtaken by the number of subjects there is to write about. It happens every spring and causes me a rising sense of panic and frustration. There’s only one thing to do: take a deep breath and just get on with it. So, coming up in the next couple of weeks will be reviews of the RHS London Orchid Show, the Great Dixter Spring Plant Fair and a clutch of book reviews.

First though, a happy story. As regular readers know, I am an inveterate plantaholic, often purchasing plants I have no place for, but have fallen in love with. In the plant passion stakes, I am just a tad promiscuous. One such plant, acquired a year ago, is Epimedium zhushanense ‘Zhushan Fairy Wings’. Chinese epimediums appreciate summer moisture and cool shade to give of their best, so putting one in a small pot on a sunny terrace probably isn’t the best idea. However, that’s what I did, topped with subjecting my plant to a year of brick dust and infrequent watering. Spring has sprung and my mistreated plant has produced seven wiry stems bearing huge, spidery, bi-coloured flowers, each like a four-cornered jester’s hat. Every stem is poised elegantly above the emerging foliage, boldly mottled apple green and russet red, elongated and serrated at the edges. 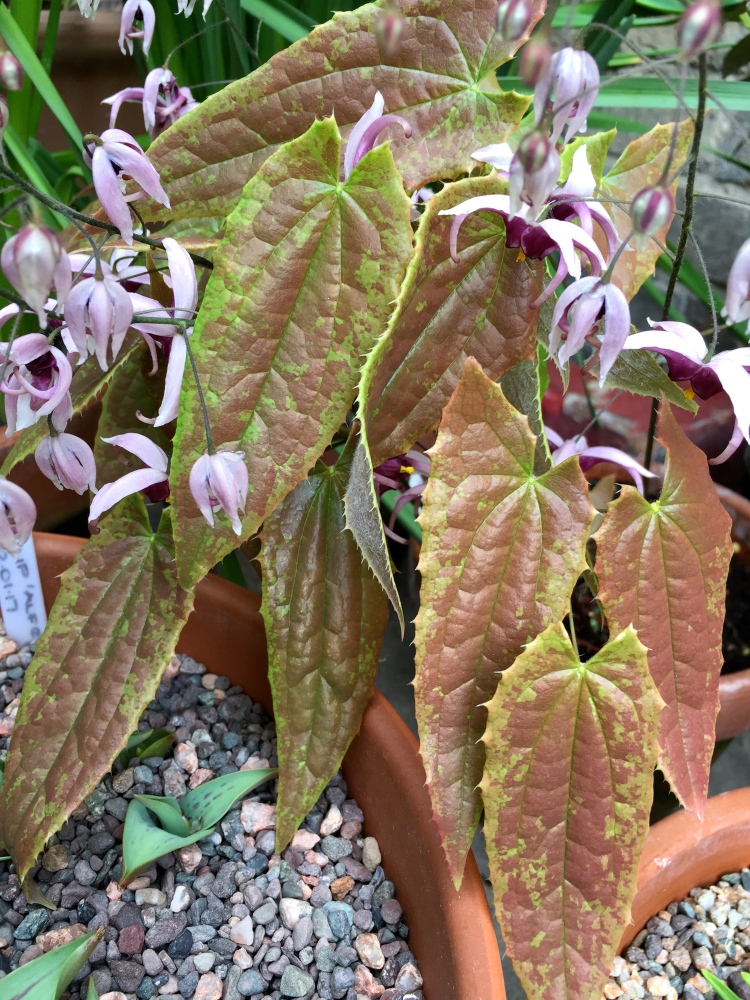 Grown correctly Epimedium zhushanense ‘Zhushan Fairy Wings’ makes a stunning groundcover plant for a shady spot, producing evergreen leaves and light, airy flowers in early spring. Grown incorrectly in a pot, I can also vouch for its exceptional charm and resilience. I can only assume the feelings of love are mutual. 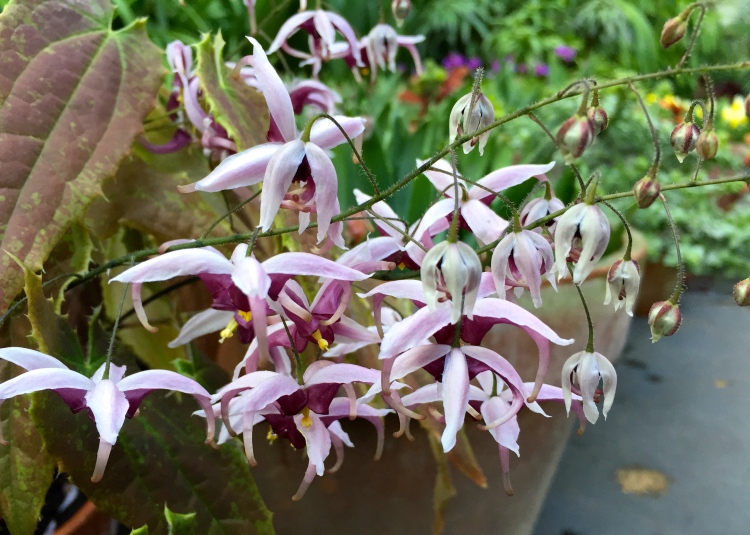 To keep them flowering until the first frosts, dahlias need deadheading regularly - every day if you can manage it. Spent flowers should be cut just above the next set of buds or leaves below, but I often go deeper into the plant as this encourages more vigorous growth. Here’s The Beau giving Dahlia ‘Edith Jones’ the once over.
What a day it’s been! Thank you everyone for your kind comments and encouragement following the article in The Sunday Telegraph today. I’m over the moon! More to follow on my new venture soon …..
I’m buzzing this morning after picking up The Sunday Telegraph from our local newsagent. Myself and Max feature alongside talents such as @dragqueen_gardener @hollienuisance and @my_little_allotment in a piece celebrating the people bringing the joys of gardening to a new audience.
Dahlia ‘Mystic Dreamer’ is a super single dahlia with ebony foliage and pretty white petals, each painted bright pink from the central eye to the tip.
It was time to relax and unwind this week as my autumn holiday fortnight approached..
‘Megan Dean’, allotment queen. Such a pretty, lilac-pink ball dahlia producing scores of flowers on tall plants. One for the middle or back of a border and a super cut flower too. Highly recommended.
Loading Comments...
%d bloggers like this: