When, in 1834, the handsome Augustus Smith secured the lease for the Isles of Scilly, I wonder if he was aware of the legacy he was to leave behind? The son of a wealthy Hertfordshire family he had the resources and energy required of the newly styled Lord Proprietor. He set about improving employment and education on the impoverished islands and generally put the Scillies back on the map. In time he chose Tresco for the kind of baronial pile he was accustomed to back in the home counties. Although sheltered from the worst of the Atlantic gales, Tresco offered little more than waist high to protect his proposed garden. An audacious plan was required. Augustus built a huge, 12’ high wall around the remains of a deserted Benedictine priory, and the Abbey Gardens were born. With ambitions beyond these limited confines, Augustus soon realised that a substantial shelter belt of mature trees would be needed. Trial and error revealed Pinus radiata (Monterey pine) and Cupressus macrocarpa (Monterey cypress) from California were best suited to life on the Scillies. They were duly planted, in their hundreds, on the rising ground behind his newly built granite castle.

Tresco Abbey, home of the Dorrien-Smiths since 1834, from the sea

Augustus died in 1872, leaving the Scillies and his estate to his nephew, Thomas Algernon Dorrien-Smith. With ship building in decline and the islands’ economy in poor shape, Thomas came up with the idea of growing and exporting cut daffodils to the English mainland, an industry that still thrives today. Every Christmas I send boxes of daffodils from neighbouring St Martins to my mother and grandmother, all thanks to one man’s vision for his precious islands. The cultivars he found most successful, N. ‘Soleil d’Or’ and N. ‘Scilly White’, are both tazetta types and are still grown today; both have a wonderful fragrance and flower from October onwards. 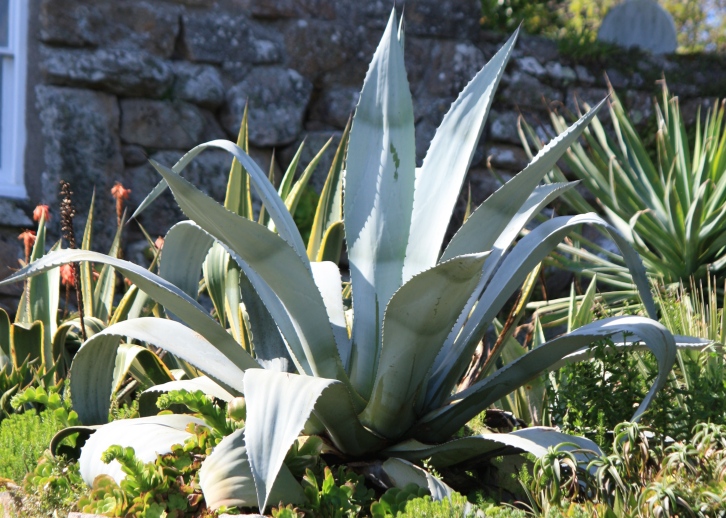 Thomas’ son Arthur took the reins on his father’s death in 1918 and developed the garden further. Already packed with exotica that would never survive the frosty mainland, he filled the terraces with new discoveries from New Zealand, Australia and South Africa, sharing plants with Edinburgh Botanical Gardens and Kew. However it was not all plain sailing. The First World War intervened, decimating the gardening staff. The commercial viability of island’s farms started to dwindle and Arthur found the financial burden of the Scillies too great to bear. With what must have been great reluctance, he handed back the lease of all the islands except Tresco to the Duchy of Cornwall in 1922. However, the pain was not over. For five days in December 1929 the garden was battered by winds up to 110 miles per hour. Hundreds of trees were uprooted, crushing precious plants beneath them. It must have been utterly devastating. Arthur was not thwarted and by 1935 the garden could again boast 3,500 species of plants. 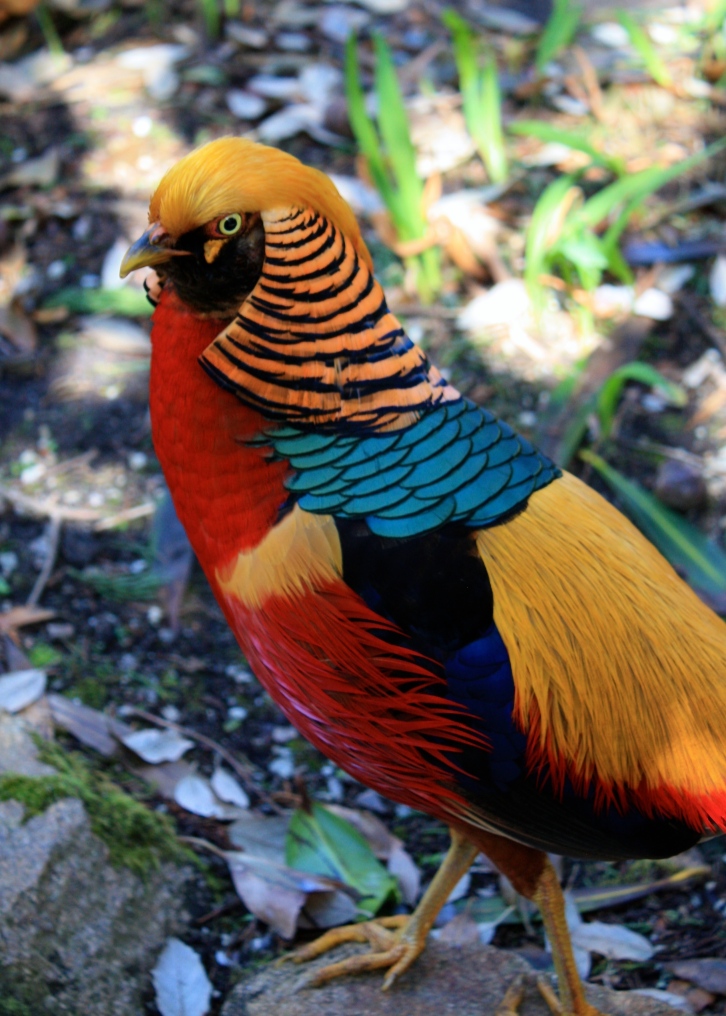 Inevitably, the Second World War caused more heartbreak. Arthur and his wife Eleanor lost three of their four sons, including the eldest, and doubtless many experienced gardening staff. Fortunately the remaining son, Thomas Mervyn, quickly developed an enthusiasm for horticulture and began to develop Tresco as a tourism destination. He retraced his father and mother’s steps through Australia and South Africa, bringing back yet more bounty for the garden.

Detail of Dasylirion acrotrichum from Mexico

Tresco’s current custodian, Robert Dorrien-Smith, has undoubtedly had to deal with the two greatest catastrophes in the gardens’ 180 year long history. The first was a freak spell of freezing weather in January 1987 which, as garden curator Mike Nelhams describes it, reduced 80% of the garden to a substance ‘like stewed rhubarb that smelt like something a lot worse’. Mike paints a vivid picture of the devastation in his book, ‘Tresco Abbey Gardens – A Personal and Pictorial History’, which makes a riveting read. One can only imagine the pain at the loss of 150 years of hard graft and unrivalled horticulture. At the age of fourteen I can recall watching footage of the garden on the television, utterly destroyed, literally frozen to death.

Tragically the nightmare was not over for Tresco’s gardens. Three years of intensive plant collecting followed the freeze, with Mike Nelhams and Andrew Lawson travelling the country in a quest to replace the island’s unique collection. As that process drew to an end, and with new plantings beginning to mature, disaster struck once again. No-one over five years of age in 1990 will forget the hurricane that swept southern England in January 1990; Tresco did not escape. Winds up to 127mph tore through the garden’s windbreaks, wiping out over 800 trees and turning the site into a death-trap. Much of the new planting was crushed or torn out of the ground as the rootplates of giant trees hurtled into the air. For the second time in three years the garden had been laid to waste. 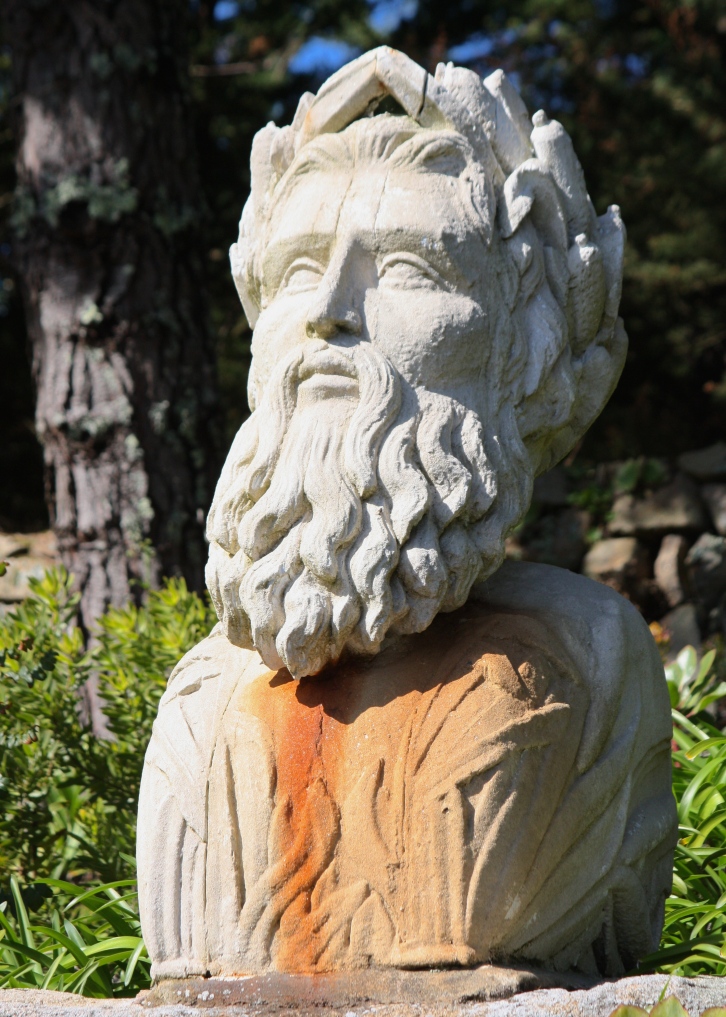 Fortunately the Dorrien-Smiths and the Abbey’s gardeners have learnt how to triumph over adversity. Twenty four years later the garden is once again a showstopper, one of the most blessed in terms of climate in Britain and home to a collection of plants that would survive nowhere else in the country. Every New Year the gardening team publish a list of plants in bloom that would make many of the world’s botanical gardens green with envy. When we visited in early April the compilation of a list would have been thankless. A company of proteas, banksias, aloes, aeoniums, mimosas, sophoras, sparmannias, leptospermums, to name a few, were staging a riot of colour. If I could post a scent, it would be of the Greek islands, a warm, herbal fragrance that is most unexpected in a English garden. I think Augustus Smith would feel very much at home if he were to walk though the modern-day entrance and into the subtropical paradise he envisioned.

From now on, each time we experience a mediocre gale or unexpected cold snap I shall recall The Abbey Gardens’ story and take strength from their incredible resilience. I can rest assured that I’m unlikely to experience anything like these traumas in my gardening lifetime. For all the risks Augustus took in cultivating such exposed spot, Tresco triumphs because of its unique position, not in spite of it.

My Top 5 Tresco Plants in April 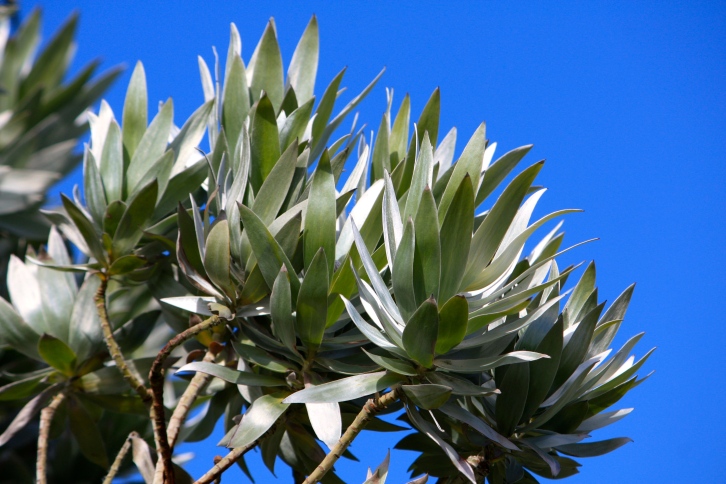 Silver Tree – Leucandendron argenteum. This exceptional tree positively sparkles come fair weather or foul, thanks to the tiny, light-reflective hairs on its leaves. Leucadendrons abhor phosphates, to such an extent that they will kill plants stone dead, so most fertilisers can’t be applied near them. Tresco’s soil is low in phosphates and these wonderful trees revel in the sun and brisk wind, which reminds them of their South African home. As well as mature specimens, there are many new plantings around the garden.

Lobster Claw – Clianthus puniceus. I have toyed with growing this exotic climber in Broadstairs for many years, and am inspired once again to give it a go. Hailing from New Zealand’s North Island it requires full sun, and the support and protection of a warm wall. The flowers appear in April and are a gorgeous cardinal red. 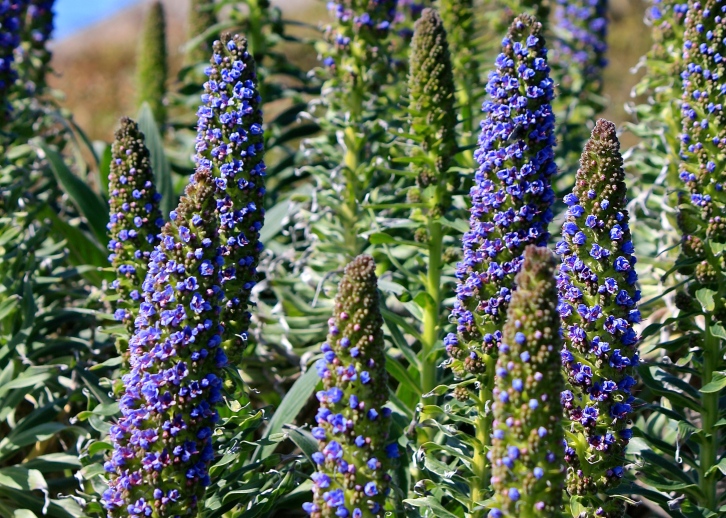 Pride of Madeira – Echium candicans. No doubt this Canary Islands native found its way to Tresco via the Abbey Gardens, but it was not content to stop there. Forming a neatly branched bush it can be found in cottage gardens, hedgerows and patches of disturbed ground all around the island. The cobalt-blue flowers are hugely appealing to bees and butterflies as well as visitors. This species is not biennial, unlike lofty Echium pininana which we grow at home by the sea, although the two will hybridise. 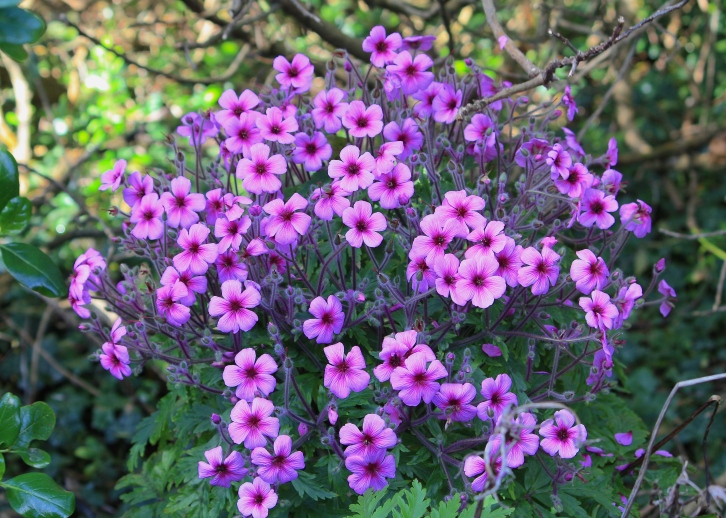 Madeiran Geranium – Geranium maderense. One of my favourite plants and occasionally a success in Broadstairs when we have a succession of milder winters. It can be grown in a container and brought indoors for winter, but to my mind potted plants never achieve the lushness and scale of those grown in the open grown. On Tresco they self seed and appear to gravitate towards shade, however the Scillies enjoy longer winter days and bright conditions overall, so on the mainland they might appreciate a little more exposure to the sun. 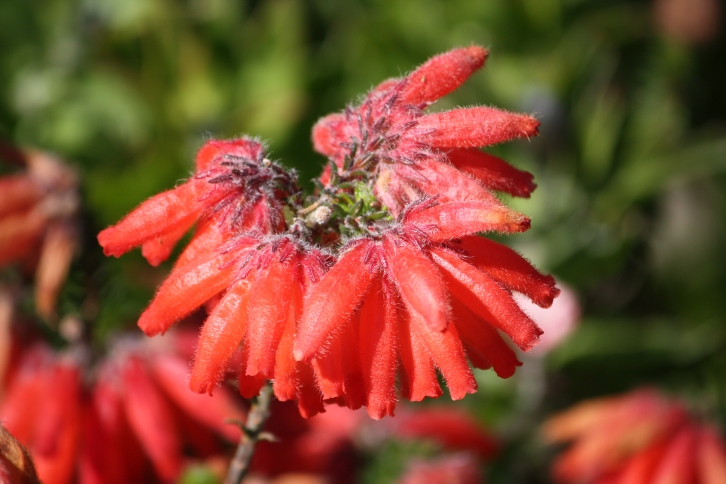 Fire Heath – Erica cerinthoides – A South African gem that I’ve only ever seen on show stands until visiting Tresco. It’s one of those plants that I know instantly I would kill if I so much as attempted to grow it. The tubular flowers are vivid coral and held aloft in generous bunches. Available from the lovely people at Trewidden Nursery, where I have so often admired it – if you are feeling brave and have a sunny, well drained spot on acidic soil, give it a whirl.

A Map of the Garden 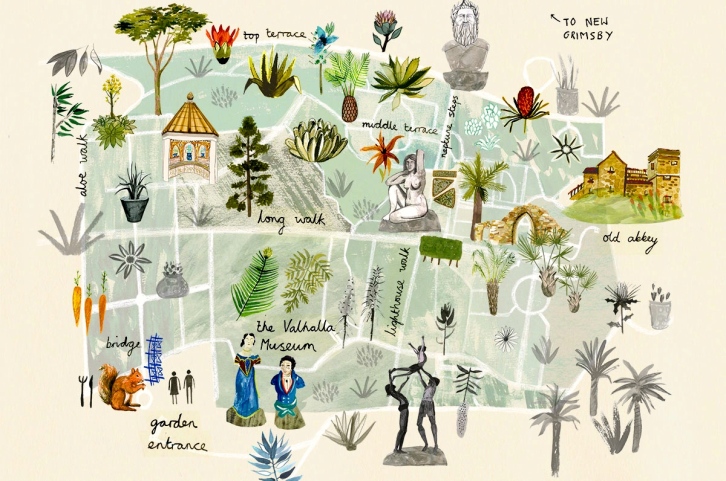